The ECB is the central bank for 's single currency, the euro. The ECBs main task is to maintain the euro's purchasing power and thus price stability in the euro area. The euro area comprises the 12 European Union countries that have introduced the euro since 1999.

The Treaty text refers to the ESCB' rather than to the 'Eurosystem'. It was drawn up on the premise that eventually all EU Member States will adopt the euro. Until then, the Eurosystem will carry out the tasks.

'The primary objective of the ESCB shall be to maintain price stability'.

And: 'without prejudice to the objective of price stability, the ESCB shall support the general economic policies in the Community with a view to contributing to the achievement of the objectives of the Community as laid down in Article 2.' (Treaty article 105.1)

The objectives of the (Article 2 of the Treaty on European Union) are a high level of employment and sustainable and non-inflationary growth.

According to the Treaty establishing the European Community (Article 105.2), the basic tasks are:

ECB, ESCB and the Eurosystem

Since 1 January 1999 the European Central Bank (ECB) has been responsible for conducting monetary policy for the euro area - the worlds largest economy after the .

The euro area came into being when responsibility for monetary policy was transferred from the national central banks of 11 EU Member States to the ECB in January 1999. Greece joined as the 12th member two years later. The creation of the euro area and a new supranational institution, the ECB, was a milestone in a long and complex process of European integration.

The 12 countries had to fulfil the convergence criteria, as will other EU Member States prior to adopting the euro. The criteria set out the economic and legal preconditions for countries to participate successfully in Economic and Monetary Union.

The ESCB comprises the ECB and the national central banks (NCBs) of all EU Member States (Article 107.1 of the Treaty) whether they have adopted the euro or not.

The Eurosystem comprises the ECB and the NCBs of those countries that have adopted the euro. The Eurosystem and the ESCB will co-exist as long as there are EU Member States outside the euro area.

The euro area consists of the EU countries that have adopted the euro.

the main decision-making body of the ECB. It consists of

The Governing Council usually meets twice a month at the Eurotower in Frankfurt am Main, Germany.

The minutes of the meetings are not published, but the monetary policy decision is announced at a press conference held shortly after the first meeting each month. The President, assisted by the Vice-President, chairs the press conference.

Article 10.1: 'In accordance with Article 109a (1) of this Treaty, the Governing Council shall comprise the members of the Executive Board of the ECB and the governors of the national central banks.'

The EU's 13 non-euro area NCBs are required to contribute to the operational costs incurred by the ECB in relation to their participation in the European System of Central Banks (ESCB) by paying up a minimal percentage of their subscribed capital. From 1 May 2004 these contributions represent 7% of their subscribed capital, amounting to a total of EUR 111,050,987.95 as follows:

The non-euro area NCBs are not entitled to receive any share of the distributable profits of the ECB, nor are they liable to fund any losses of the ECB.

The independence of the ECB is conducive to maintaining price stability. Theoretical analysis and empirical evidence show this.

The ECB's independence is laid down in the institutional framework for the single monetary policy (in the Treaty and in the Statute).

Neither the ECB nor the national central banks (NCBs), nor any member of their decision-making bodies, are allowed to seek or take instructions from European Community institutions or bodies, from any government of an EU Member State or from any other body.

Community institutions and bodies and the governments of the Member States must respect this principle and not seek to influence the members of the decision-making bodies of the ECB (Article 108 of the Treaty).

The ECB's financial arrangements are kept separate from those of the European Community. The ECB has its own budget. Its capital is subscribed and paid up by the euro area NCBs.

The Statute foresees long terms of office for the members of the Governing Council. Members of the Executive Board cannot be re-appointed.

Governors of NCBs and members of the Executive Board have security of tenure:

The Eurosystem is prohibited from granting loans to Community bodies or national public sector entities. This further shields it from any influence exercised by public authorities.

The Eurosystem is functionally independent. The ECB has at its disposal all instruments and competencies necessary for the conduct of an efficient monetary policy and is authorised to decide autonomously how and when to use them.

The ECB has the right to adopt binding regulations to the extent necessary to carry out the tasks of the ESCB and in certain other cases as laid down in specific acts of the EU Council. 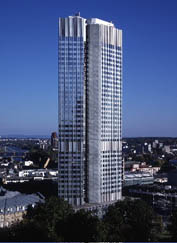 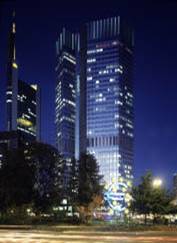