The 20th century is the most dense and accelerate the development of historical facts contradictory and complex happy but also through the dramatic consequences of historical processes and phenomena carried out in the politico-military spiritual or social.

Is The century that mankind has invented the most spectacular things that have allowed man to comprime time and shorten distances to be able steps on the moon but is also the century in which one hundred million people were victims of war. 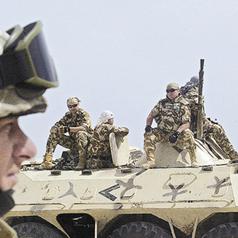 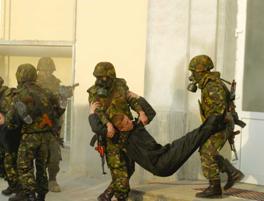 As well as these open conflicts, or 'hot' wars, the entire postwar world was affected by two other phenomena 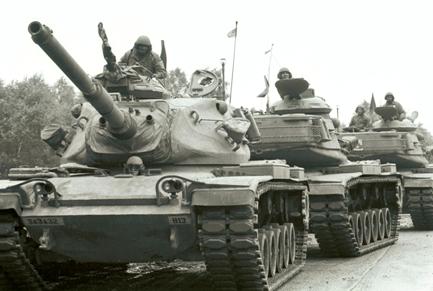 This was a political and diplomatic conflict that, at times, threatened to escalate into open warfare. It was carried out between the Western powers, led by the , and the Eastern Bloc, led by the .

The term 'Cold War' originated in a speech made by Bernard Baruch, a financier and special adviser to the president Harry Truman, in , on 16 April 1947. At the time, the US Congress was discussing the Truman Doctrine, which pledged support for 'free peoples who are resisting attempted subjugation by armed minorities'. This anti-Communism was a sharp change from the West's support for the during World War II.

After the war, American aid was given to several western European countries, while the built up its eastern European satellite states. There was an escalation of tension in 1949 when the Soviets blockaded , and the division of hardened with the formation of Nato (1949-50) and the Warsaw Pact (1950). The Korean War, with the involvement this time of Communist China, was symptomatic of the increasing sabre rattling of the time.

There were further crises when Soviet troops invaded , and when , and invaded during the crisis (both 1956). The building of the Berlin Wall in 1961 and the Cuban missile crisis of 1962 also brought the world to the brink of nuclear war. The arms race was a clear expression of Cold War rivalry, which often turned into real conflict in areas such as South-east Asia and .

Tensions began to relax in the 1970s, especially following German chancellor Willy Brandt's policy of reconciliation. The reform policies of Mikhail Gorbachev greatly reduced Cold War friction, and following the reunification of in 1990, president George Bush was able to declare the Cold War at an end in January 1991. 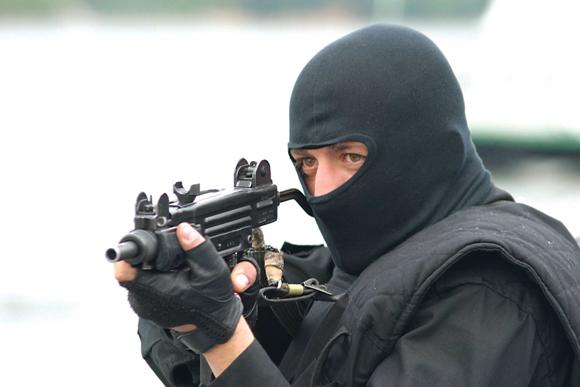 The systematic use of violence to achieve political ends has become a common tactic among a wide variety of groups, from independence movements to a country's secret services (the 's KGB is a good example). Random bombings, shootings and/or 'disappearances' – and the fear and panic they provoke – can put pressure on governments, proving that they are unable to protect their populations, or can be used by dictatorships to frighten their people into submission and obedience.

Terrorism was used by dictators such as Hitler and Stalin. It was also employed by groups fighting for what they considered to be their rights, such as the Zionist terrorists in after World War II, the Palestinian Liberation Organisation (PLO) in the 1970s and the Irish Republican Army (IRA) during the Troubles in (1969-2000).

There were many politicians – Nelson Mandela being the most distinguished – who started their careers as terrorists and ended up as presidents of their countries. 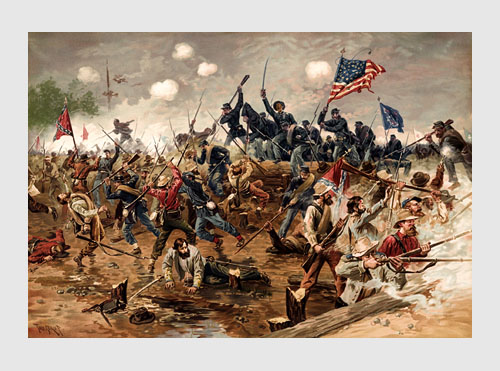 As well as wars between nations, the 20th century witnessed an unprecedented series of civil wars within nations. The following were two of the most significant. 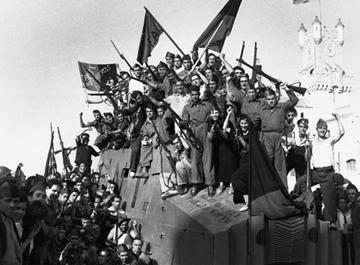 This began as a revolt by army commanders in , then a Spanish colony. They were protesting the socialist and anticlerical tendencies of the elected central government, which was led by Manuel Azana. The rebels, headed by General Francisco Franco, soon won support from the cities of , , and , while others, such as , , and , supported the Republican government.

As Republicans fought Nationalists (Franco's supporters), the left-wing government got support from the and from international brigades of volunteer soldiers. Meanwhile, the right-wing army was assisted by Nazi Germany's Luftwaffe and Fascist Italy's troops.

Although the Republicans successfully held their territory against many fierce attacks, political disagreements within their ranks and loss of Soviet support finally led to their defeat. Nationalist troops captured on 26 January
1939 and on 28 March 1939. Franco then formed a dictatorship, which survived until his death in 1975. 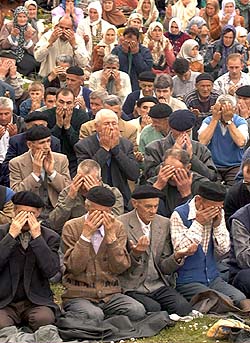 This conflict was a particularly shocking reminder that wars could still break out in postwar . Following the death of Tito on 4 May 1980 and the gradual break-up of the Soviet Union and Eastern Bloc countries in the late 1980s and early 1990s, the Communist federal state of , too, fell apart as each of its regions proclaimed independence.

Following the examples of and , Bosnia-Herzegovina declared independence on 1 March 1992. This led to civil war between its Muslim inhabitants and their Christian Serb neighbours, who were aided by the government in . The Serbs committed atrocities, including the siege of and 'ethnic cleansing' at Srebrenica.

International attempts at finding a peaceful solution failed until Croatian troops successfully invaded ; Nato air strikes against the Serbs in August and September 1995 ended the conflict. An agreement was signed at on 21 November 1995, but the region continued to be volatile.