Disease is the inability to maintain homeostasis and/or full function

Etiologic factors are the initiating agents in cell injury and dysfunction.

A. Concerning to pathogenesis:

B. Concerning the origin:

Pathogenesis refers to mechanisms of diseases from etiology to complications

Classification of pathogenetic mechanisms according to the level of disturbances:

Risk factors represent the conditions who refers to transition to healthy organism to disease.

The host defense mechanisms consist in:

physical and chemical barriers – are a non-specific mechanism of defenses and consist in:

Interference with any of these mechanisms can increase the host susceptibility to disease.

1. Lack of oxygen causes the cells normal processes for making ATP for energy to fail. The increased amount of AMP (from un-recycled ATP) stimulates anaerobic glycolysis (AMP stimulate phosphofructokinase), glycogen is depleted, lactic acid (the end product of glycolisis) and phosphorus (from the ATP and other energy rich phosphates) accumulates, and cells pH drops precipitously, denaturing the proteins.

2. ATP-reliant ion transport pumps fail, causing the cell to become depolarized, allowing ions, including calcium, to flow into the cell. The ion pumps can no longer transport calcium into the cell, and intracellular calcium levels get too high.

3. In the neurons, the presence of calcium, triggers the release the excitatory amino acid neurotransmitter glutamate ; glutamate stimulates the AMPA receptors and calcium permeable NMDA receptors, which open to allow more calcium into cells. Calcium can also cause the release of more glutamate. This process is called excitotoxicity.

4. Excess calcium entry causes the generation of harmful chemicals like free radicals, and calcium dependent enzymes such as calpain, endonucleases, ATPases, and phospholipases

5. As the cell’s membrane is broken down by phospholipases, it becomes more permeable, and more ions and harmful chemicals flow into the cell.

7. If the cell dies through necrosis, it releases toxic chemicals into the environment around it.

8. If and when the tissue is reperfused, a number of factors lead to reperfusion injury.

- reversible cell dysfunction – by reperfusion which may lead finally to greater injury of the tissue ( the free radicals, especially toxic oxygen radicals are some important mediators of reperfusion injury). Further, when blood flow is restored to damaged cells, the newly-available calcium will pour through the damaged cell membranes and into mitochondria, killing cells even faster. Later, the neutrophyls, which fight disease using free radicals, accumulate at the sites of tissue injury. Of course, if blood is not restored, the tissues will die anyway.

A lot of cells functions decrease with aging:

- decrease of reparations of chromosomal modifications.

An important aging disease is atherosclerosis which leads to decrease of blood flow and tissue hypoxia and ultimately to cell distruction.

Injury factors theory (endogenous/exogenous) – the aging process may occur after prolonged and repetitive exposure to exogenous factors like ionizing radiations or after decreases of defensive endogenous mechanisms like antioxidative mechanisms.

Inheritance theory – the aging process is consequently to malfunction of cells, which is a genetic condition. By genetic conditions may result DNA replications errors and cells multiplication dysfunctions (this theory is not value for neurons and muscle cells which are not multiply).

Neoplasia results from disturbances of responsiveness to cells normal growth controls. The occurrences of tumoral tissues are the result of disturbances of two types of genes:

The occurrence of cancer is linked by multiple gene mutations (fig).

The pathophysiological consequences of neoplasia occurrence:

the tumor growth may be dangerous for the neighborhood tissues

the angiogenesis potential of tumors lead to occurrence of own vascularisation and increase the hemorrhagic risk.

Mechanism: ischemia/hypoxia, toxins, severe infections etc. Results progressive degradation of cell structure by enzymatic intracellular systems which are activated as a result of intracellular protein degradations; the particle which results from these processes are removed by phagocytes.

Pathological increased apoptosis – can occur through the local formation of apoptotically effective mediators, the expression of their receptors, or the receptor-independent stimulation of signaling cascade. These events can be caused by ischemia (myocardial infarction, stroke), radiation or inflammation (infections, autoimmune inflammation). Apoptosis can accompanies the neuronal degeneration (Parkinson’s disease, Alzheimer’s disease, multiple sclerosis), toxic, ischemic, and inflammatory death of liver cells (liver failure), or B cells of the pancreatic islets (type 1 diabetes mellitus), or erythropoietic cells (aplastic anemia), or lymphocytes (immunodeficiency, HIV infection).

Pathological reduced apoptosis – lead to the excess of the affected cells. Among the causes are disorders of endocrine or paracrine regulation and viral infections. Absent apoptosis of virus infected cells can result in persisitent infections. Cells that escape apoptosis can develop into tumor cells. Insufficient apoptosis of immunocompetent cells is a cause of autoimmune diseases. Lack of apoptosis in pregnancy can result in abnormal embryonic or fetal development.

Pathophysiological consequences of necrosis and apoptosis: phagocytosis by neighbors, and inflammation.

The relationship between cell dysfunction and disease syndrome is related in fig. 5.

Fig. 5. The relationship between the cell’s dysfunctions and disease syndrome.

Healing represents the processes by which the body restores his normal functions. This process require the general response or/and local response.

The response of organisms to serious injury consists in following phases:

the early phase, termed ebb phase is dominated by cardiovascular instability, alteration of circulation blood volume, impairment of oxygen transport, and heightened autonomic activity; the shock occurrence is possible in this phase

the final phase – termed anabolic phase – may persist for month and consist in mechanisms of restoration of normal functions until patient fully recovers.

Every type of mechanism of injury may lead to clinical characteristically evolution until return to healthy status.

Local healing is the replacement of destroyed or lost tissue by viable tissue. It is achieved in two ways:

For the wound healing the factors who contributed the healing is ilustrated in fig. 6.

An important phenomenon of healing is neuroplasticity.

The efficiency of rehabilitation process depends on: patient age, the site and the size of lesion, the associative pathology, and specific rehabilitation therapy. 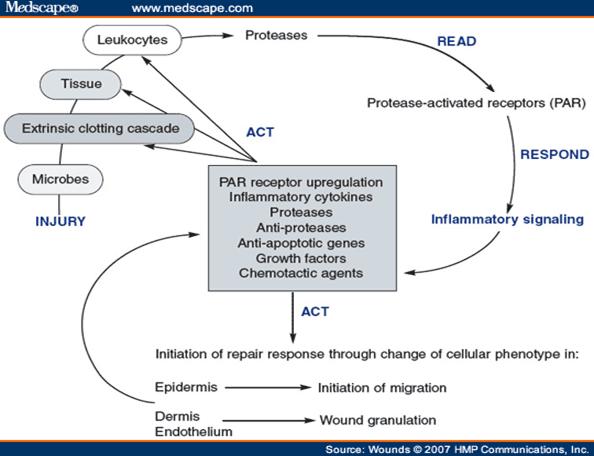 Figure 6. The cycle of injury and inflammation in the wound.

9. THE EFFECT OF INJURY AND DYSFUNCTIONS ON THE BODY

Following major tissue injury and dysfunctions systemic responses occur which are independent of the type or site of the injury or dysfunctions itself. Such responses arise, for example, following severe traumatic lesions, severe infections, extensive burns, massive hemorrhage, and major surgery. They can be considered in their temporal relationship to the time of injury.

Selective arterial constriction increase peripheral resistance and tends to compensate for diminished cardiac output. The main vessels involved are those of the skin and splanchnic circulation, whilst blood flow to the heart, brain and skeletal muscle is maintained at normal levels. When vasoconstriction fails to maintain normal blood pressure, the clinical picture of shock develops. Underperfusion of tissues leads to accumulation of acid metabolites and vessels cease to respond to normal constrictor stimuli. Progressive and irreversible arteriolar dilatation occurs and blood is ‘sequestrated’ in the greatly enlarged capillary reservoir. Intractable hypotension results and this constitutes a possible lethal condition.

myocarditis and other causes of acute cardiac failure

pooling the blood in capillaries resulting from persistent venular constriction

production of IgM antibodies directed at various components of the injured tissues.