Lake of Tears was formed May 1992 in Boras, Sweden by members of death metal acts Carnal Eruption (Daniel Brennare, Jonas Eriksson and Michael Larsson) and Forsaken Grief (Johan Oudhuis). They recorded their first demo, Demo 1 ’93, in late spring 1993. This demo caught the ainterest of record label Black Mark Production who signed the band for five records. 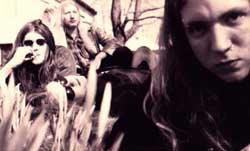 Their debut album, Greater Art, was recorded during a two week period in December 1993 at the Sunlight studio in Stockholm. It was co-produced with Tomas Skogsberg (Entombed etc.) and Mathias Lodmalm (Cemetary).

In March 1995 Lake of Tears entered the studio again. This time to record their second album, Headstones, at the Wavestation studio in Ljusne. Four weeks in the studio and a great engineer/producer named Ulf Petersson (Morgana Lefay etc.) made the band take a big step forward. Headstones received very good reviews and reactions from both press and readers. 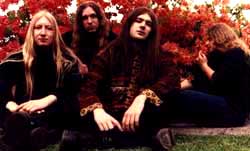 During 1995 and 1996 the band made a couple of smaller tours throughout some european countries. Vader, Tiamat, Crematory, Edge of Sanity, Savatage, Rage and the Gathering are some of the bands Lake of Tears have played with. In summer 1996 the band parted ways with guitarist Jonas Eriksson.

Lake of Tears recorded their third album, A Crimson Cosmos, in January 1997 at the Soundtrade studios in Stockholm. This time they worked together with engineer Ronny Lahti who also co-produced the record. A Crimson Cosmos showed a great deal of development and maturation of the band. This record had an ever greater reception from the press. It was chosen as album of the month i in german Rock Hard. 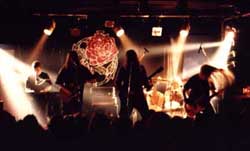 After the recording of A Crimson Cosmos the band got a new guitarist named Ulrik Lindblom. There were three tours after the release of 'A Crimson Cosmos'. The first with Theatre of Tragedy and Heavenwood. The second tour included Wacken open air, gigs with local bands and a show at the Popcom in Cologne with Tank, Raven, Hammerfall and Virgin Steele. In autumn '97 Lake of Tears played on the Out Of The Dark festivals throghout Europe (Germany, Holland, Belgium, France, Italy, Switzerland and Austria) with Crematory, Therion, Dark and Graveworm. Ulrik parted ways with the band after the Out Of The Dark Festivals due to some personal problems (a girlfriend and four kids ). 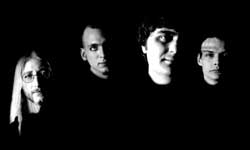 In June 1999 (in Germany anyway) they released their fourth album, Forever Autumn. On this record LoT continue to explore the lands of Pink floyd and other moody rock from the seventies. This time with more acoustic parts and the record has a much more slow, depressive feeling than the previous one. There are still some metal tracks in between like 'So fell autumn rain', 'Pagan wish', 'Come night I reign' and 'Demon You/Lilly Ann', contrasting some really not-so-metal-tracks, like 'Blossom blue' and 'Forever Autumn'. Christian Saarinen is now full-time- keyboardist and the natural result is a more keyboard-oriented album.