Neo Classical in France and England

Neo Classical in France and England 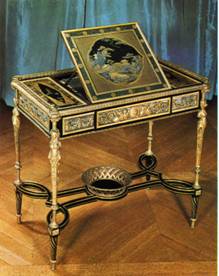 • Use of columns and ancient  ornament

With the discovery of Pompeii, and no doubt because of fatigue with the excesses of the Rococo, furniture design towards the end of the 18th century began a purifying trend, refining and re-interperating classical motifs.  In France this is associated with Louis XVI, who came to the throne in 1774, although the movement can be said to have begun many years before. 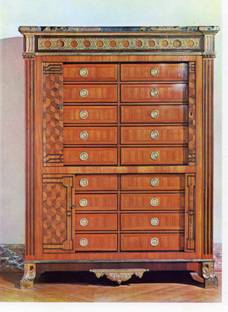 One can see such hints of this change in the late work of the Rococo master J.F. Oeben, who in 1760 created the dresser shown here. The lines are straight and clean, the parquetry is geometric - gone are the curves and excentric rhythms of the Rococo. The cabriole leg is replaced by columns or half-columns called pilasters

The following two commodes were made just 15 years apart by Matthys Horrix, a Dutch craftsman working in France. What are the elements that distiguish the Rococo piece from the Neo Classic one? 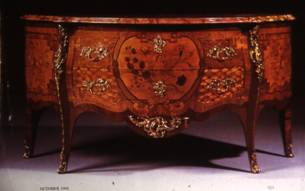 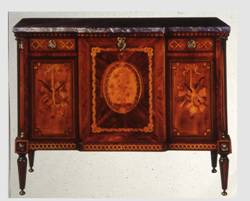 The discoveries at Pompeii created a demand for styles such as the „topie“ foot, which was reconstructed from the uncovered ruins and found its way into many late 18th century furniture pieces.