THE HISTORY OF PLANE MODELS

THE HISTORY OF PLANE MODELS

The history of plane models

One of the oldest concerns of mankind was the desire to fly and also to embrace the deep blue sky, imitating the tender floating of the butterflies and the brave flight of the eagle.

Man, with his intelligence and with his observation spirit, studied the flight of the birds succeeding after many sacrifices to get to imitate the flight of the small living creatures of the skies and to embrace the hole sky and then to overpass them.

One of the greatest pioneers of the aviation was the Romanian Traian Vuia, who at 18 March 1906 managed to rise up from the ground with an airplane invented and built by himself. For the first time in the history of aviation this flying machine rose from the ground with its own devices without help from any other alien gadget from the airplane. Next to Traian Vuia we can remember about the Wright brothers in 1903-1910 and captain Ferger and also Santos-Dumand in 1906. 60 years had passed since Traians Vuia flight and the aviation made huge progress comparing it with the other sciences and techniques. Nowadays more and more people, in their free time want to build their own models at different scales, the main purpose being to decorate their homes, achieving in this way interesting collections.

There are two kinds of models. The flying ones and static models 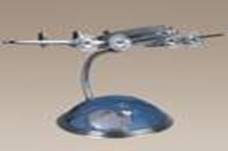 They represent the geometrical copy of flying planes reduced at a certain scale. Those planes are fixed on a rack in a certain flying position, and usually they serve as a didactical issue for flying schools, military units, modeling clubs and also for laboratories that handle the study of aerodynamics. Besides the tactical models they can be built as models for museums, which in fact are the most complicated.

The experienced model makers reproduce with an amazing precision the shape of the plane and each an every internal and external detail.

Making the models is an art which demands from the model makers a lot of artistically sense and finishing. Sometimes those models are unique creations. When you want to build a model you need to know the technical data, the schedule, pictures, the drawings and the other documentation.

When you want to build such a model you need to work with a lot of patience and attention and to follow the drawing and the schedule. In order to build those models, one needs the next tools:

Another aspect is the value of the models as an aspect like historical whiteness of its age. If in the 50s there are a lot of examples like prototypes, the conquer of the space, the cold war, regarding the World War II the things are different. In 1939 there was only one brand to commercialize those kinds of models. 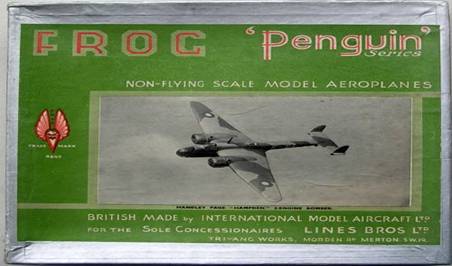 This was the first model brand which appeared in 1936, and they were building models only at 1/72 scale, made out of injected plastic. Enthusiasm was immediately therefore, before the World War II the catalog had 26 models. When joined in September 1939, the brand had the opportunity to sell even more. Their motto was A SOLUTION NOT TO GET BORED DURING THE AIR ALARMS. Starting in 1941 the Frog Penguin company hired itself to build the models fro briefing the crew of the planes which fought in the war.

THE MOST IMPORTANT BRANDS OF MODELS

Heller, Airfix, Revell, Hasegava, Monogram are brands that are very well known by the plastic models-makers. Their originality comes from that they are very old on the market. They have survived the economical crises from 70s and 80s.

It is an American brand which appeared in 1945 with flying or statically models made by balsa wood. In 1953 they started to use the plastic for the models beginning with A-26 Invader, B -25 Mitchell and PBY- Catalina. Those models were presented in cartoon boxes, very colorful, but their accuracy was low. Those models were very expensive at those times; the decals were much wired and did not correspond to the age which they wanted to represent. The pictures from the boxes reminded about the Pacific War, which represented for the majority of the Americans the main area of operation from the World War II. The price of 98 cents was a little bit too expensive for those times.

The boxes had inside one single piece and on the back of the box there was the assembling kit. The price was vey low therefore those models had a huge success on the models market. The models had interesting pictures with scenes from the from Korean war. The models consisted of only the necessary components and those models were laid in plastic and the color of the kits was blue or gray in order to avoid another painting.

It was born in 1953 and this name comes from specific procedure which blew up the air inside of dolls which was the first product of this brand. The first model was a tractor which was requested by the owner of the tractor factory who wanted to give a model to on of his costumers who wanted to buy the tractor. The Airfix owner has decided to carry on with this line and in 1952 was built the first model plane at 1 72 scale- Supermarine Spitfire. The models were very cheap and those models carried on till the 70s. Airfix kept the same scale like in 1952 at 172 and it had a huge success.

It was born in 1958 and was very famous because this brand made the model of wood and they were able to fly. Their first model was Caravelle, Jet plane. The public received with enthusiasm those models which were followed by Fouga Magister and Vatour. The scale proposed by them was 1100.

This brand had the courage to introduce the criteria of accuracy and precision which we know today. The models had a relative success and became very difficult to be found by collectors. They built only gliders and their distribution was exclusive for , none of them were sold in .

A pair of small and strong cutters is the most important tool for dividing the parts.

A plastic kit straight from the box needs sharp finishing. A knife may cover almost every tool that you need. For a special finishing one needs a pile and rough paper to remove the material that exceeds.

Picking up the parts:

Picking up the parts can be sometimes problematic, because the parts of the models are very small, and fragile, therefore we need to find a way not to destroy them. Thus we can use some special pliers and tweezers.

For assembling is very important not to hold the pieces in such a way that we can damage them. Keeping this in mind, we might need to verify before the pliers and the clips. The glue bands may be very useful too.

There are four types of glues which are:

There are two kinds of paints. We have the shining and the matte paint, but the model makers prefer the car paint. As for the brushes, its very important to be small and very thin. 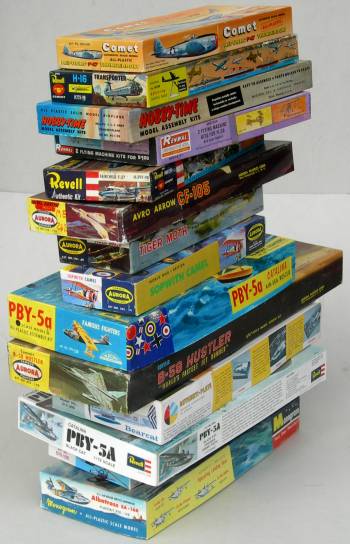 The history of aviation by Nicolae Melinescu - Publishing house-Ion Creanga