Vangelis is a famous Greek composer and keyboardist. He composes and performs mainly instrumental music and filmscores. His music is often categorized under terms like 'synthesizer', 'sympho' and 'new age'.

He was born as 'Evangelos Odyssey Papathanassiou' at march 29th 1943 in . He started playing the piano at the age of 4 and gave his first public performance of his own compositions at the age of 6. He moved to in the late sixties while forming the progressive rock-band 'Aphrodite's Child', which became very popular. Very soon they moved on to .
In 1970 the group broke up and Vangelis started a solo career.

What instrument does he play?

It seems to be mainly keyboards in all forms (Pianos, synthesizers, organs, etc.), but he is also skilled at the drums and has played flutes, vibes, tablas, tubular bells, timpanies, cymbals and gongs in the past.
In most cases the synthesizer forms the basis of his work.

What does he do?

Have I perhaps ever heard his music?

Probably. His music has been used for many purposes. What you perhaps heard differs a lot per country. I'll list a few possibilities:

Vangelis avoids public appearances. He rarely gives interviews and concentrates on making music.
It is disputed if he is presently married. There is an old interview (Backstage 1982, Belgian musicians magazine) that claims he was once married to Vana Veroutis, a Greek female vocaliste who performed on Vangelis' albums 'Heaven and Hell' and 'La Fete Sauvage'. Vangelis remarks in the interview he doesn't even know were she is at that moment.

On the other hand, Mark Griffin's book 'The Unknown Man' makes no notice of this at all, but mentiones instead that Vangelis lived with Veronique Skawinska, who's responsible for most photographs used in the artwork of many of Vangelis his albums from the late seventies and early eighties. It's perhaps best to avoid this subject at all, since Vangelis is a private person, and it serves no purpose to gossip about these matters.
He has a brother called 'Nico', who is also in the music business, but functions mainly as producer. The two worked together on an album by the Italian band 'Chrisma', recorded in Vangelis' Nemo studio in .
Vangelis' last known studio was the 'Epsilon Laboratory' in (walls and roof build of glass on top of a building), but his three latest albums were allegedly recorded somewhere in . Vangelis himself apparently moves around a lot, being labeled some sort of 'nomad' by the media. 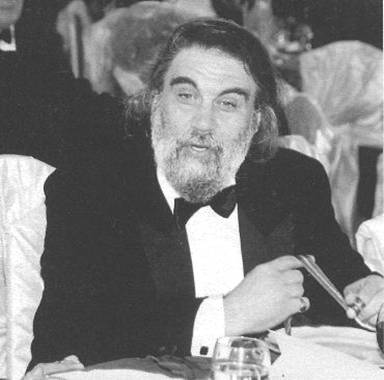