I have chosen the FIFA for my because i like football, i like to play and to see on tv or to play on the computer with my friends.I like this sport because it’s a good team work game and it’s good for the spirit.When im playing football i forget my every troble and im traying to concentrate to the game.My favorite team is Real-Madrid i like this club and all the players from there, and my favorite football player is Cristiano Ronaldo from Manchester United (England).Cristiano Ronaldo is a young player but with a great skill and with great triks.When i was young i dreamed to be the best football player on the World to have fans to be famous.Association football, is a team sport played between two teams each consisting of eleven players and is the most popular sport in the world. It is a ball game played on a rectangular grass field (or occasionally on an artificial turf) with a goal at each end.

The object of the game is to score by manoeuvring the ball into the opposing goal. The predominant feature of the sport is that players other than the goalkeepers may not use their hands or arms to propel the ball in general play. The winner is the team that has scored more goals at the end of the match.  The sport is known by many names throughout the English-speaking world, although football is the most common. Other names, such as association football and soccer, are often used to distinguish the game from other codes of football, since the word football may refer to several quite different games. Football is played at a professional level all over the world and millions of people regularly go to a football stadium to follow their favourite team, whilst millions more avidly watch the game on television. A very large number of people also play football at an amateur level. 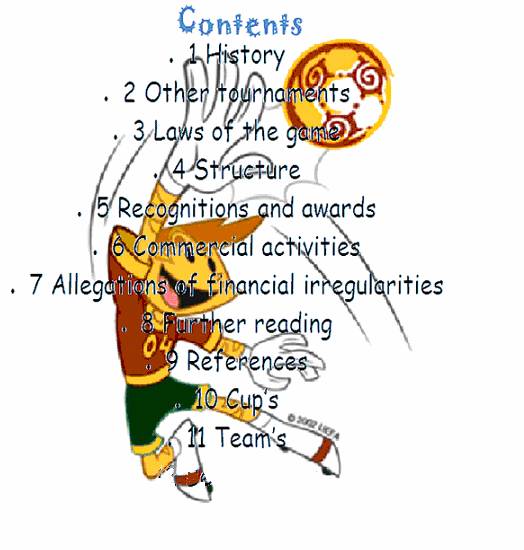 The Fédération Internationale de Football Association (FIFA, French for International Federation of Association Football) is the international governing body of association football. Its headquarters are in , and its current president is Sepp Blatter. FIFA is responsible for the organization and governance of football's major international tournaments, most notably the FIFA World Cup, held since 1930.

The need for a single body to oversee the worldwide game became apparent at the beginning of the 20th century with the increasing popularity of international fixtures. The Football Association had chaired many discussions on setting up an international body, but was perceived as making no progress. It fell to seven other European countries to band together to form this association. FIFA was founded in on May 21, 1904 — the French name and acronym persist to this day, even outside French-speaking countries. Its first president was Robert Guérin.

FIFA presided over its first international competition in 1906, but this met with little approval or success. This, in combination with economic factors, led to the swift replacement of Guérin with Daniel Burley Woolfall from , by now a member association. The next tournament staged, the football competition for the 1908 Olympics in was more successful, despite the presence of professional footballers, contrary to the founding principles of FIFA.

FIFA however floundered during World War I with many players sent off to war and the possibility of travel for international fixtures severely limited. Post-war, following the death of Woolfall, the organisation fell into the hands of Dutchman Carl Hirschmann. It was saved from extinction, but at the cost of the withdrawal of the Home Nations, who cited an unwillingness to participate in international competitions with their recent World War enemies.

The FIFA collection is held by the in .

Aside from the World Cup and Olympic competitions, FIFA organises World Championships for players at under-17 level and under-20 level. In addition to this, it has introduced the Confederations Cup, a competition for the champions from each confederation (plus the hosts and World Cup Winners), every four years. Originally organised by and held in every two years as the King Fahd Cup, it now serves as a prelude to the World Cup, with the World Cup host staging the tournament as a test of facilities. The current Confederations Cup champions are who defeated 4-1 in .

FIFA's only major club competition is the FIFA Club World Cup. It was slated as the natural progression of the European/South American Cup (which itself ran under a variety of names) to include clubs from all confederations. The tournament was not warmly received on its debut in 2000 and its 2002 edition was cancelled. Three years later, with a shorter revised format, the tournament returned for its 2005 edition in .

Laws of the game

The laws of football that govern the game are not solely the responsibility of FIFA; they are maintained by a body called the International Football Association Board (IFAB). FIFA has a 50% representation on its board (four representatives); the other four are provided by the football associations of , , , and , in recognition of the unique contribution to the creation and history of the game of the nations now comprising the . For more information go to www.ussoccer.com and click on referee programs. 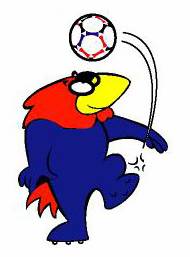 Map of the World with the six confederations.

FIFA is an association established under the Laws of Switzerland. Its headquarters are in .

FIFA´s supreme body is the FIFA Congress, an assembly made up of a representative from each affiliated national federation. The Congress assembles in ordinary session now once every year, and extraordinary sessions have been held once a year since 1998 & now as and when requested. Only the Congress can pass changes to FIFA´s by-laws.

Nations straddling the traditional boundary between Europe and have generally had their choice of confederation. As a result, a number of transcontinental nations including , , and have chosen to become part of UEFA despite the bulk of their land area being in . , although lying entirely within , joined UEFA in 1994, after decades of isolation by many of its Middle Eastern neighbours. was the latest nation to make the move from AFC to UEFA, in 2002.

and have always been CONCACAF members despite being South American countries.

joined the AFC from the OFC in 2006. No team from the OFC is offered automatic qualification to the World Cup. In recent World Cup qualifying cycles, the winner of their section had to play a play-off against a CONMEBOL side, a hurdle at which Australia have traditionally fallen. Perhaps ironically, successfully qualified for the 2006 FIFA World Cup by winning just such a playoff in a penalty shootout against , just a few months after the clearance to move was granted. Starting in the 2010 qualifying cycle, the winner of OFC qualifying will receive a place in the final AFC qualification group.

In total, FIFA recognises 207 national federations and their associated men's national teams as well as 129 women's nationals teams; see the list of national football teams and their respective country codes. The FIFA World Rankings are updated monthly and rank each team based on their performance in international competitions, qualifiers, and friendly matches. There is also a world ranking for women's football, updated four times a year. 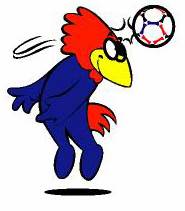 FIFA awards, each year, the title of FIFA World Player of the Year to the most prestigious player of the year, as part of its annual awards ceremony which also recognises team and international football achievements.

As part of its centennial celebrations in 2004, FIFA organised a 'Match of the Century' between and , the most successful national teams of the last decade. In addition, it commissioned arguably the most famous player ever, Pelé, to produce a list of the greatest players of all time. This list, the FIFA 100, included 50 players who were still actively playing at the time of publication (one of whom was female), and 75 retired players (including himself and one woman, but not including deceased players). The list was originally planned to be just 100 players long but Pelé is understood to have found it too hard to choose just 100 and so the list actually names 125 players. 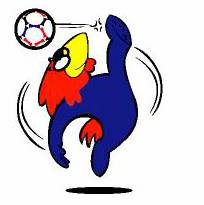 FIFA has licensed its name and copyrighted content to computer game designer EA Sports to provide a number of football simulation games for the PC and various game consoles. A new installment in this FIFA series of games is introduced each year, and additional versions are released with World Cup branding to coincide with these tournaments. 2005 saw an additional 'urban football' video game franchise, and its sequel FIFA Street 2. In August 2006 EA and FIFA announced that they would be extending their exclusive deal for another four years, covering the 2010/11 season. 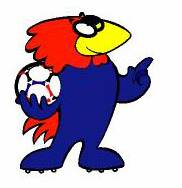 In May 2006 British investigative reporter Andrew Jennings' book Foul (Harper Collins) caused controversy within the football world by detailing an alleged international cash-for-contracts scandal following the collapse of FIFA's marketing partner ISL, and revealed how some football officials have been urged to secretly repay the sweeteners they received. The book also exposed the vote-rigging that went on behind closed doors in the fight for Sepp Blatter's continued control of FIFA.

Nearly simultaneous with the release of Foul was a BBC television expose by and BBC producer Roger Corke for the BBC news programme Panorama. In this hour-long programme screened on June 11, 2006, Jennings and the Panorama team submit that Sepp Blatter is being investigated by Swiss police over his role in a secret deal to repay more than Ł1m worth of bribes pocketed by football officials.

All testimonies offered in the Panorama expose were done via disguise of voice, person, or both, save one; Mel Brennan, a university professor in the United States, former Head of Special Projects for CONCACAF and a FIFA delegate, became the first high-level football insider to go public with substantial allegations of greed, corruption, nonfeasance and malfeasance by CONCACAF and FIFA leadership. His book, The Apprentice: Tragicomic Times Among the Men Running - and Ruining - World Football is due out in late 2006 or early 2007. 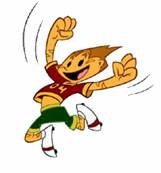 The FIFA World Cup (often called the Football World Cup, Soccer World Cup or simply the World Cup) is the most important competition in international football, and the world's most representative team sport event. Organised by Federation Internationale de Football Association (FIFA), the sport's governing body, the World Cup is contested by the men's national football teams of FIFA member nations. The championship has been awarded every four years since the first tournament in 1930 (except in 1942 and 1946 due to World War II), however, it is more of an ongoing event as the qualifying rounds of the competition take place over the three years preceding the final rounds.

Most Goals scored by a Team

To date, the final of the World Cup has only been contested by European and South American teams. The two continents have won nine titles apiece. Only two teams from outside these two continents have ever reached the semi-finals of the competition: the (in 1930) and (in 2002). African teams have had some success of late but have never reached the semi-finals. have only been represented in the World Cup three times, and only once did a Oceanian team reached the second round. 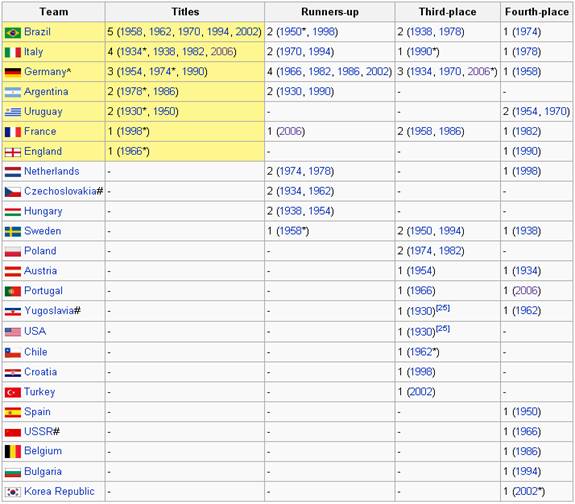 Interestingly, all World Cups won by European teams have taken place in . The only non-European team to win in Europe is in 1958. Only twice had consecutive World Cups been won by teams from the same continent - when and successfully defended their titles in 1938 and 1962 respectively. 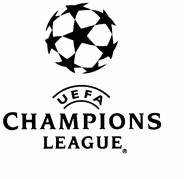 The UEFA Champions League (formerly named but still often called the European Cup) is an annual club football competition organized by the Union of European Football Associations (UEFA) for the most successful football clubs in . It is one of the most prestigious club trophies in the sport, along with 's Copa Libertadores. 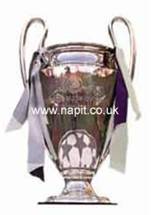 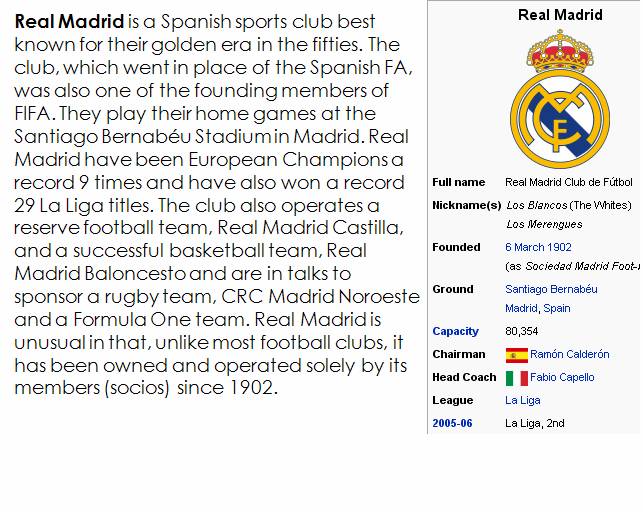 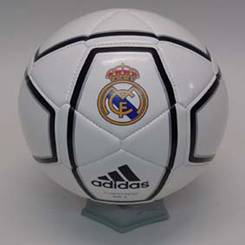 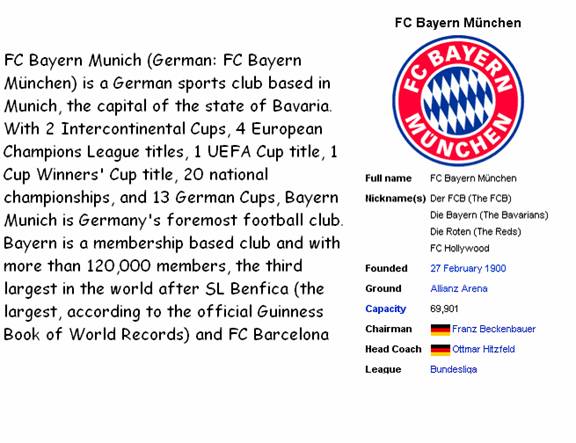 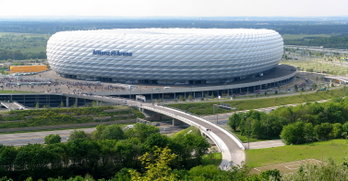 “Opened in 2005: the Allianz Arena, one of the world's most modern football stadiums.” 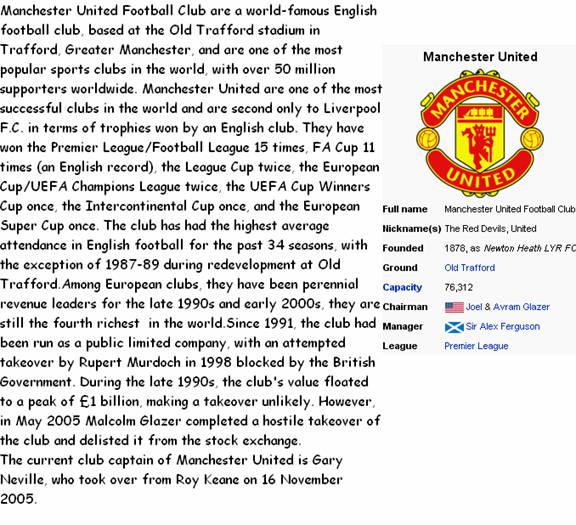