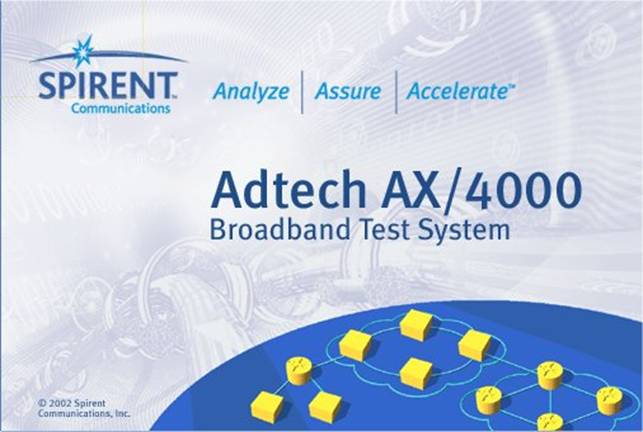 A word on other contributors

About the AX/4000 Broadband Test System

Setting up the ATM Generator

Setting up the ATM Analyser

Setting up the ATM interfaces

Configuring for the »DRY RUN«

This document describes how to use Adtech AX/4000 Pegasus Test Equipment object model as a base for development of generic powerful Pegasus test procedures for executing automated test cases with the ATM background traffic generated by the Adtech AX/4000 test equipment.

A a short introduction on the Adtech functional units that play major role in the test automation by Pegasus is given in first chapters. The design of the Adtech Test Equipment object model is described in detail for further development purposes. An overview on the existing generic test procedures released by Iskratel Ltd is provided here as well.

This guide is intended for all Pegasus users that are using Adtech AX/4000 test equipment in their automated test cases performed by Pegasus.

Besides it tries to provide the help for developers who want to extend the Adtech Pegasus features with new test procedures and test managers.

A word on other contributors

Special thanks to Gregor Brodnjak who helped a big bunch with testing – besides contributing to this document with traces and screenshots he found some very tricky bugs at the very late stage of integration testing.

Many special thanks of course to Robert Rogalski, the one and only AX/4000 master: thank you for your patience and the support through complete development phase. Thanks for hints and tricks and always working TCL code samples that opened the path towards the final solution.

Adtech Pegasus story would never happen without the support of our boss Robert Strubegger.

About the AX/4000 Broadband Test System

The primary hardware components are the chassis (with a control module), an external controller, test modules, and port interfaces. With the exception of the power switch and front panel status indicators, the AX/4000 equipment is operated completely from the controller using the controller software. The controller software runs on IBM PC compatible computers operating in the Microsoft Windows 95, 98, 2000, NT, or ME graphical environment or a Sun Solaris workstation operating on a UNIX platform.

Setting up the ATM Generator

Each ATM Generator is made up of seven functional blocks that determine the traffic that it generates plus several statistics and control blocks for controlling the operation of the generator. 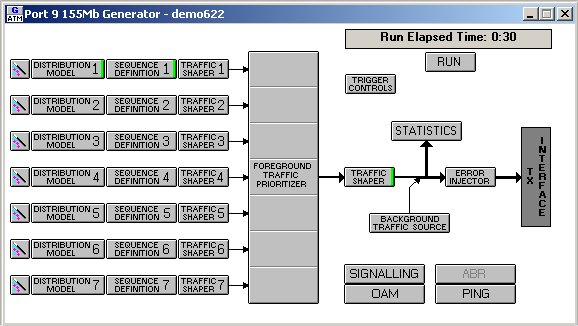 Setting up the ATM Analyser

Each ATM Analyzer is capable of performing full analysis of up to 2,040 VPI/VCIs without the setup of any analyzer parameters. Upon entering the Run mode, new VPI/VCIs are detected and added to the VPI/VCI list box. AAL type and the test cell pseudo random bit sequence (PRBS) patterns are determined automatically. Cell count statistics for a given VPI/VCI begin with the first cell that is received with that VPI/VCI. Error statistics begin once the AAL type and the PRBS pattern (if this is a test cell stream) are determined. 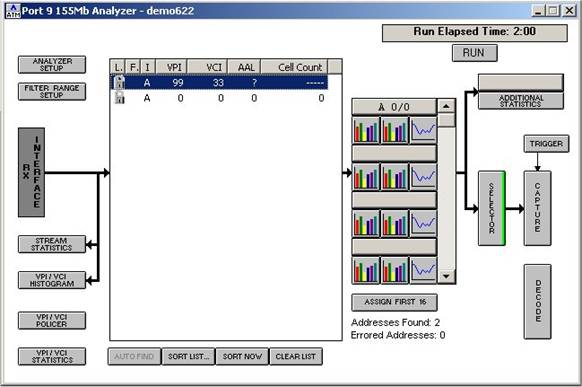 Setting up the ATM interfaces

Alternatively, right–click on an interface button on the System window to run/stop tests, to clear statistics, to change operational modes or clock sources, or go to the setup screen to configure that specific interface.

Also, you may right-click on a generator button on the System window to run or stop tests on a particular generator.

Also, you may right-click on an analyzer button on the System window to run or stop tests on a particular analyzer.

Each foreground traffic source contains a 1,024–cell queue. The prioritizer mode, contention, and traffic–shaping parameters can limit the cell transmission to a slower rate than requested and cause the queue to fill up. When the queue fills up, the foreground traffic source is stopped until queue space becomes available. Cells are not lost. To indicate that this is occurring, the software provides two indicators: (1) in the Generator Statistics dialog box, it puts parentheses around the cell rate, cell transfer capacity, and percent of bandwidth statistics of the congested traffic source and (2) in the System window the aggregate assigned cell count of the transmitted cells is displayed in blue, indicating at least one of the traffic sources in the generator is experiencing congestion. The congestion indicator can show congestion occurring for as long as the generator is running.

After the AX/4000 system is run and the Generator Statistics dialog box is opened, press Clear Statistics. All values in the dialog box return to 0, except for elapsed time. Clearing generator statistics does not affect the actual cell generation or any analyzer measurements currently active, but it does clear the system counts. If the generator is stopped, the Clear Statistics button will also reset all values to 0, except for elapsed time.

NOTE: The statistics and elapsed time are also cleared once the generator is restarted.

To display substream cell counts, cell rates, and AAL statistics, double-click with the left mouse button on the desired VPI/VCI in the VPI/VCI list box.

To display additional statistics, press the Additional Statistics button and enter a VPI and VCI of the desired stream.

NOTE: With HEC Error Correction is enabled, the interface drops successive cells with HEC errors immediately following a HEC error until a cell with a good HEC is received. These dropped cells do not enter the analyzer and are not counted.

The percentage of line bandwidth used in the aggregate cell stream.

Some interfaces support single bit error correction. The interface cannot correct two adjacent cells with HEC errors. The corrected header error count is the number of cells with header errors that have been corrected.

The AAL type displayed in the VPI/VCI list box determines the statistics displayed for a substream.

NOTE: When at least one of the statistics error counts become nonzero, its VPI/VCI is displayed in red in the VPI/VCI list box.

The interfaces below are monitored and controlled from an Interface Status and Control dialog box. Press the interface button on the System window or select the Interface command from the View menu to view interface statistics measurements or to control interface operation.

Listed test procedures are generic in the means that they work as well with ATS test equipment.

Remark: shown are only most important classes and interfaces for visibility! 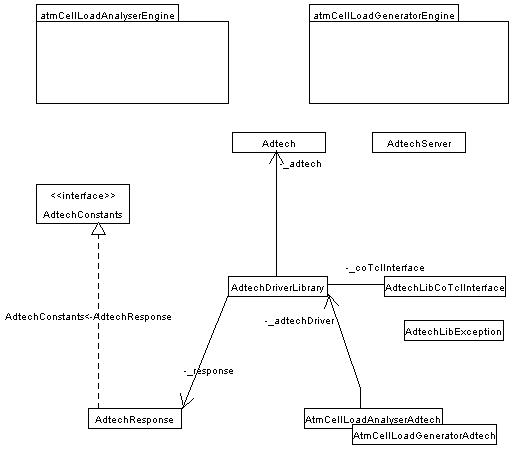 The class diagrams will be updated regulary – the figure above is erroneous due to the problem with the reverse ingeeniring in Poseidon for UML (there is a missing reference between the AtmCellLoadgeneratorAdtech and the AdtechDriverLibrary)   !

Remark: shown are only most important classes and interfaces for visibility! 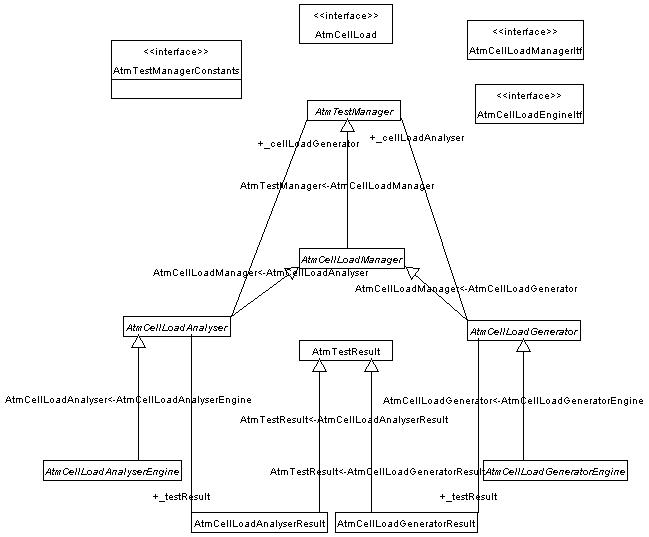 The class diagrams will be updated regulary!

There are two new managers developed for the distributed client-server setup over CORBA:

The name of these manager is like a key for names of related Java classes and packages.

That's to say for the AtmCellLoadAnalyserEngine

This class acts like an interface from the test procedure level to the corba client test equipment manager. It holds an reference to the CORBA object (this reference is named _manager or _servant).

Note: In this package only the .idl file is edited. All the other classes are generated automatically by the CORBA plugg-in of Netbeans.

The java main class 'pegasus.testEquipment.adtech.AdtechServer.java' is the server for all the test equipment managers running on a specific test equipment. It starts all the factories and registers them to the COS Naming Server (which is running anywhere in the net).

There is one factory per test equipment manager. These factories are used for creating a new 'Servant' for a certain test equipment manager (i.e AtmCellLoadAnalyserEngine). The following statement in a test procedure causes to create a servant using the proper factory and to register the servant to the COS Naming server:

Let assume we want to setup two cell distribution models each having it's own VPI/VCI combination driven by the Adtech STM1 155Mb card for generating the load with 2000 cells/s.

Working with the Adtech GUI application following minimal setup shall be performed: 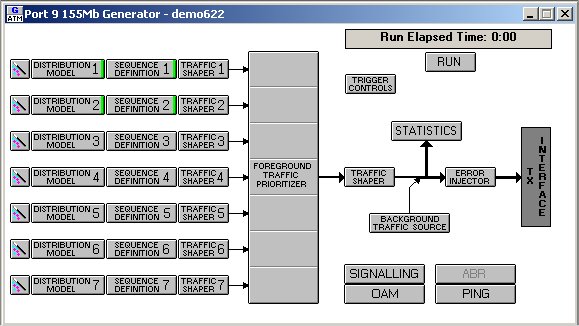 To achive this following configuration shall be performed: 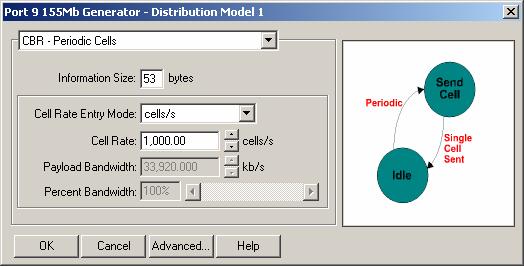 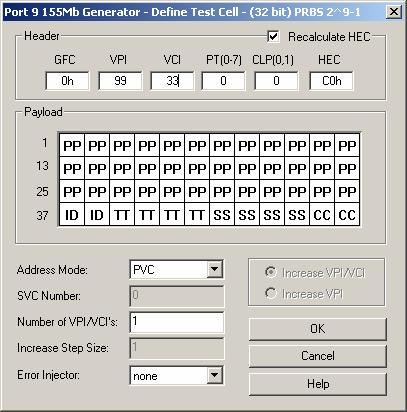 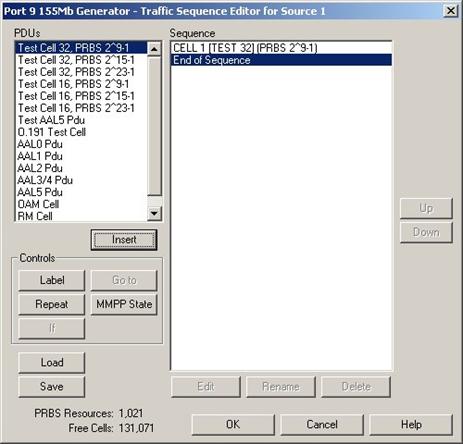 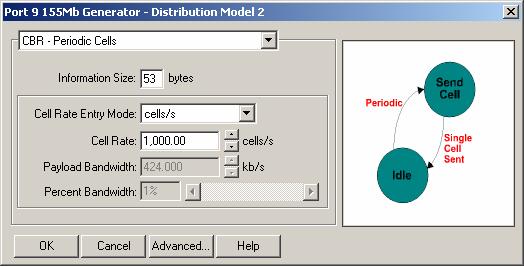 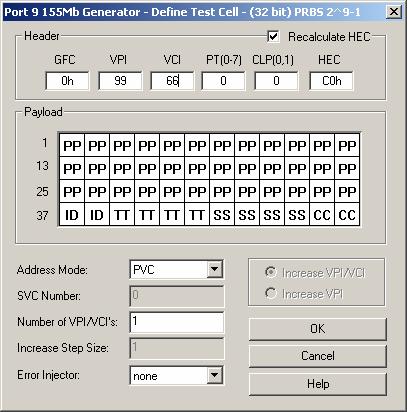 Set up the VPI/VCI streams to be analysed. 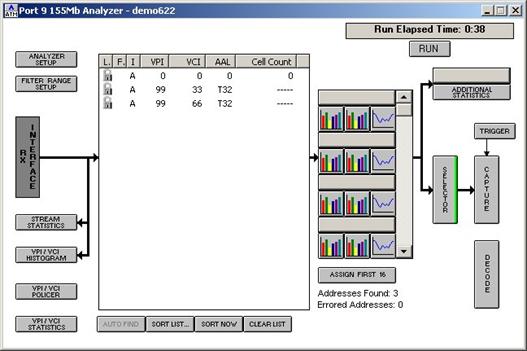 To be able to run the ATM Cell Load Generator/Analyser test equipment manager using the Adtech AX/4000 without CORBA, the following installation steps have to be followed:

IMPORTANT: ATM test procedures are designed on the way that they are capable to work with or without CORBA. At least one of two CORBA related parameters ORB_INITIAL_HOST and ORB_INITIAL_PORT must be set to EMPTY string for proper local configuration! 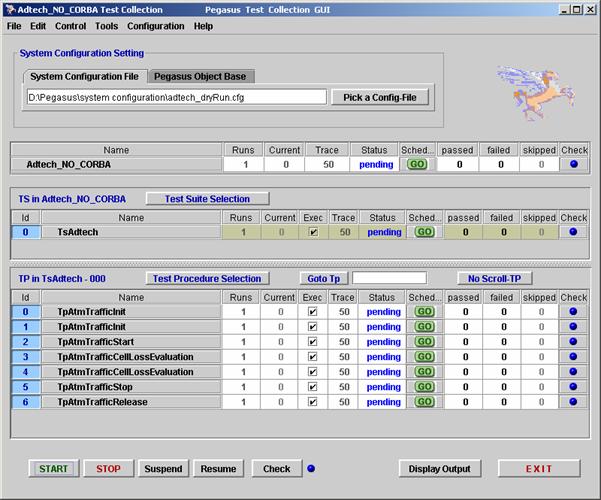 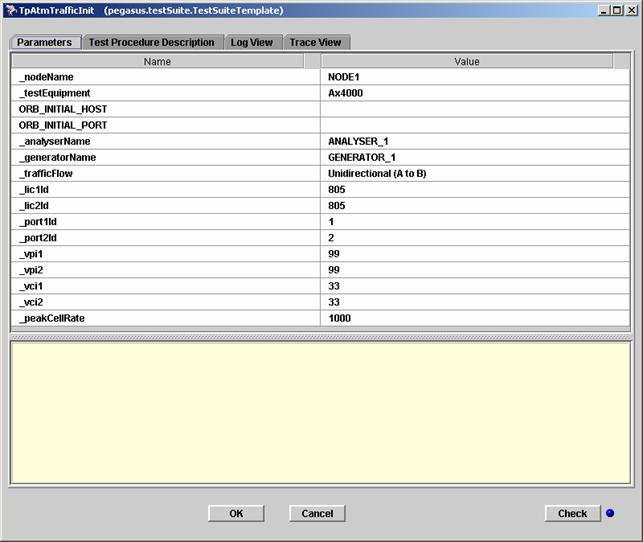 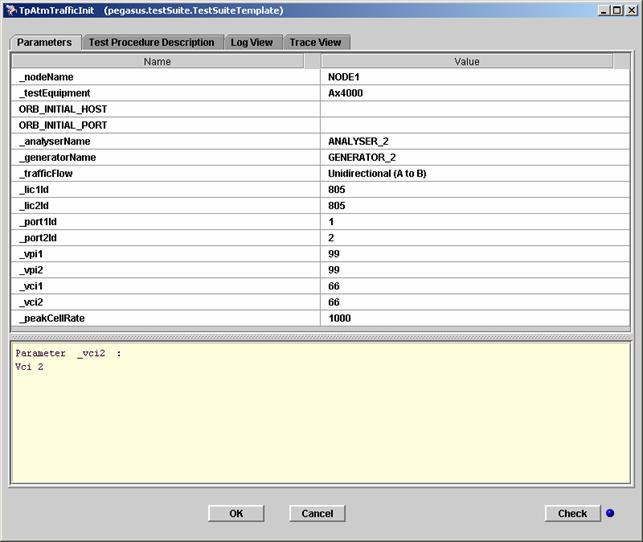 When configuration is set up properly start the test by pressing the START button.

Wooow!!! A beautiful view on the Pegasus GUI when everything works as expected: 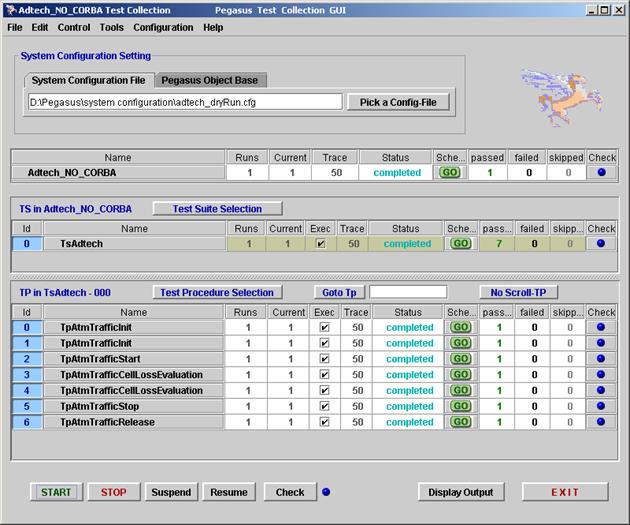 Please refer to the following log and trace files for reference:

To be able to run the ATM Cell Load Generator/Analyser test equipment manager using the Adtech AX/4000 over CORBA, the following installation steps have to be followed:

To run the Adtech server, execute the following steps:

The IP address and port number given by this command line has to refer to host and port the CORBA naming service is running on.

The example above shows the setup for testing on a local host: if you are intending to access the Naming Server started somewhere in the network, a valid external IP address of the machine must be provided.

Further ensure the name of the test equipment referes to an entry in the system configuration file.

Also ensure that the AdtechServer main-class is found in the Java's class path. 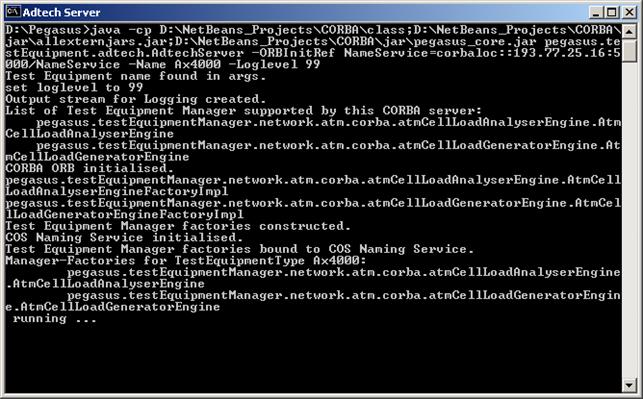 To drive the Adtech AX/4000 Test Equipment with Pegasus following prerequisites must be assured:

Please note that there is only one generator and analyser pair per Adtech interface card existing. So called virtual generator/analyser pairs are simulation of different distributions on the generator side and corresponding monitors of the VPI/VCI combibnations on the analyser side.

The figure below shows the proper configuration of the Pegasus Test Suite: 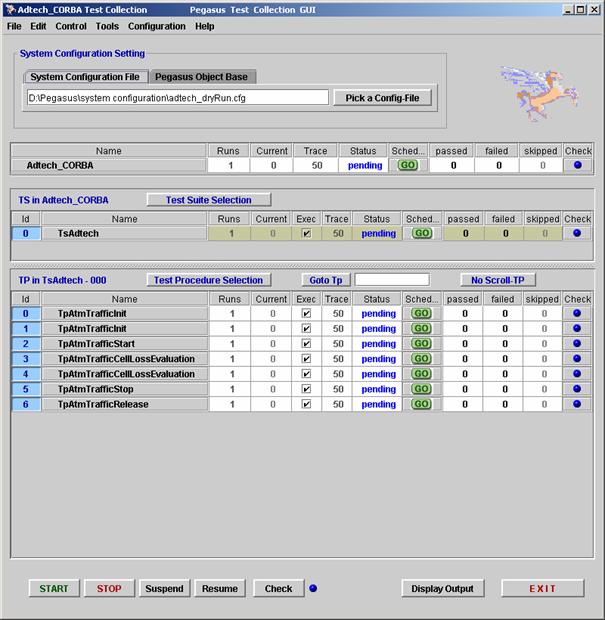 The parameters of the initialization test procedures must be set up as shown bellow:

Following aspects must be taken in consideration:

Specified LIC cards (Node 36190) with ports must be specified in the System Configuration file: these are the LICs with ports the physical connections from Adtech AX/4000 test equipment are set up to

Note: The dependancy pointed out above is subject of discussion and possible change in the future! 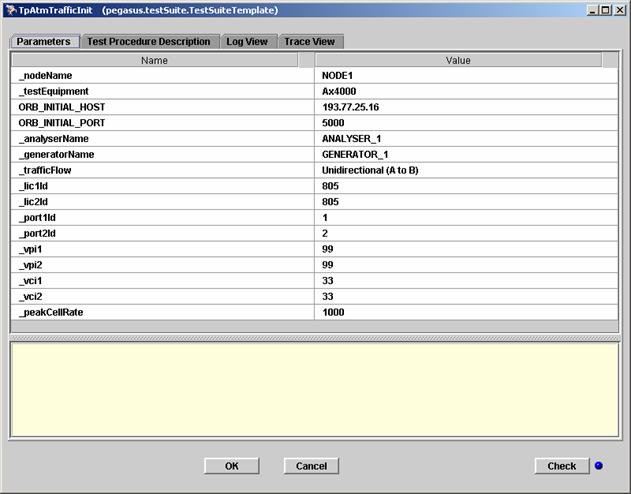 Remark: Both CORBA parameters (ORB_INITIAL_HOST and ORB_INITIAL_PORT of the CORBA Naming Service) that are temporary incorporated (due to the current version of Adtech Parser that needs some enchancements to support this parameters in the configuration file) will be removed from the initialization test procedure . 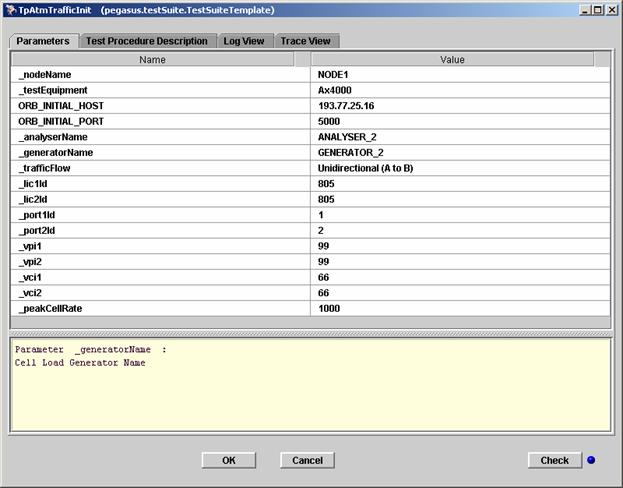 Starting, stopping and evaluation of the traffic with special test procedures like TpAtmTrafficCellLossEvaluation.xml is done by referencing particular distribution (virtual generator/analyser pairs).

After proper configuration the test is performed by pressing the START button.

Can life be better? A beautiful view on the Pegasus GUI when everything works as expected: 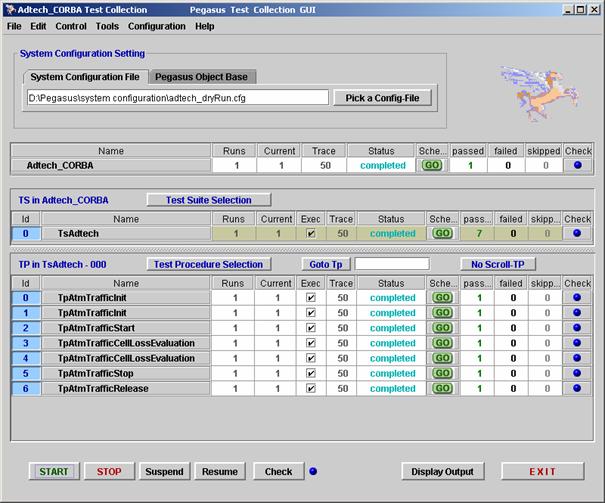 Please refer to the following log and trace files for reference:

An example of current Adtech System Configuration section is shown below:

Please keep in mind that the structure is currently subject of changes. The XML format has been introduced and we are working on porting the data to the XML format. As well two new attributes will be introduced for CORBA support.

Configuring for the »DRY RUN«

It provides the possibility to run the equipment without being connected to real hardware. The responses are hard coded.

The traces embeded in this document are result of the »dry run«!