Climate: varies depending where you are but mostly warm summer, cold winter

-each emperor built his own capital city 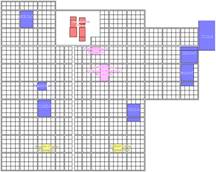 Same grid plan and pattern as Chang’an in

Made mostly of wood- easy to work and readily available 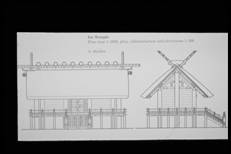 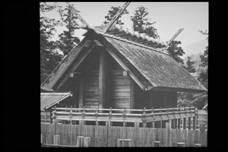 Shinto= native religion of “way of the gods”

-20 yr life span, after they dismantled and built new one in place

-lifted off the ground to protect from dampness

-important to preserve food and seeds

Process of rebuilding shrines every 20 yrs is unique to Ise

Tatome mat- plan consists of 5 or 6

Off ground structures of timber

-shinden was residence of master of house

-“houses of the people”

-as diverse as owners 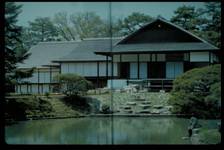 -added on by different emperors over time

-architecture of view, continuity, and perspective

-garden design became an art form rooted in the imitation of the scenic values of natural forms, exploiting properties

First carved from hillsides and later built on flat land

Combination of round mound with trapezoidal platform