This purpose of this paper is to analyze the Romanian mortgage credit market and the software existent on this market, emphasizing the causal relationships between the mortgage market and the main factors that influence it: the cultural, political, social, legal environment, etc.

The history of mortgage loan.

The “credit” term has its origins in the Latin words “creditum” which means trust worthy. The mortgage first appeared in at the beginning of the VI bc century and meant assuring the responsibilities of the loaner towards the creditor with land which he owned. For this they were doing bonds, and at the border of the land which belonged to the borrower they put a pillar which had an inscription that the land served as a guarantee for the creditor. This pillar was named “mortgage” and on it they were writing all the debts of the borrower. Later in were created the first specialized institutions which offered loans assured with the building. During the emperor Antonia Pia the laws for mortgage banks were made, during that time mortgage banks functioned in parallel with the other types of banks and credit institutions

In , for the first time the issue of the Romanian banking system and the need for making a national bank, was raised in 1861 by IC Bratianu. 1880 was the year when the National Bank was founded. The peak period for the Romanian banking system was 1934, when there were 1204 banks in . In the 40’s remained only 5 big banks whish owned 50% of the market. In 1989 there were only 4 banks: BNR, BRCE, Investement Bank, Agricol Bank and CEC. is one of the first country which applied the mortgage loan system in a primary form since 1825. Despite this in the period 1948-1999 the system didn’t worked in . But form 2000 the mortgage loan had a spectacular dynamic which was sustained by the growing of the construction field and the increase of the people’s revenue. But the dynamic wasn’t totally supported by the laws and technology. A concluding example in the making of the Credit Bureau at the end of 2003, meanwhile in other developed countries functioned since decades ago. To answer the increase demand on mortgage loans the banks must have an efficient software in order to reduce the time of making a credit application and to decrease the risk of not paying situations.

In order to control the credits there are two institutions which are designed to monitor the market and centralize the client data:

The Credit Information Bureau (CIB) is a system specializing in the collection, storage and centralization of information on the exposure of all reporting entities (credit institutions or mortgage loan companies) in Romania to the debtors that were granted loans and/or incurred commitments whose cumulated value is higher than the reporting threshold (RON 20,000), as well as information on card frauds perpetrated by cardholders

The Romanian Credit Bureau was established in February 2004 by the banking system, as a needed support instrument for the retail activity powerful growth. The Bureau is a private company, with 27 banks owing capital stakes according to their retail market share. The main operational principle, provided in the Bureau’s Statute, is the reciprocity principle, which states that institutions, from the banking and financial area, must provide data to the Credit Bureau in order to have access to those data. The system is going to be developed in 3 phases:

- Phase I – negative information (on debtors with over 30 days past due payments, on fraudulent and on individuals providing false statements) received only from banking sources;

The mortgage loan market in is still developing on the base of the intense construction activities from the last years (especially in the urban sector), but it is still way under the European standards. 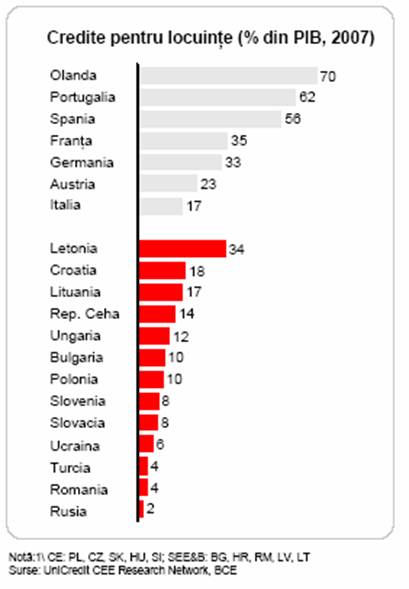 Since 2002 the volume of retail credit increased continually, the main reason of this increase being the consumption loan. The consumption loan represents three quarters of the loans given to the population in , situation which is different form the countries in the euro zone where two thirds of the loans are destined for real estate financing.

The competition in the credit market forced banks to set new market targets, situation which lead to relaxation of the loan conditions and to an optimistic perception of the risk. 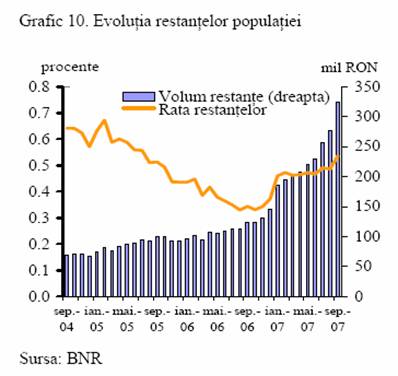 Even if the data presented by the National Bank are optimistic, one must consider the fact that the real level of the risk can sub under evaluated due to the increase of the credit maturity period. According to the international experience, the less performant credits where given in the expansion faze of the economy, but la low quality of this appeared only when the expansion period decreased 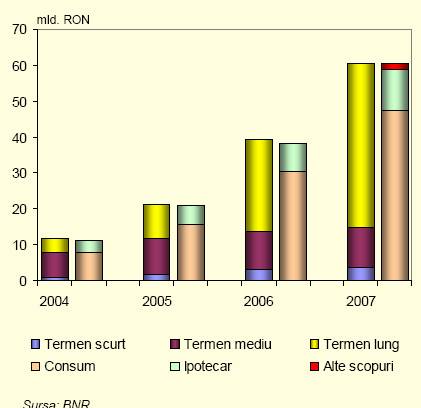 From the analysis of this indicators we can say that the medium value of the rate of credit overdue is 0.4343, with a deviation form the mean of 0.1474% and a variation coefficient of 33.95%, which is lower that 35% the mean being representatively

Multiple R is 0.8928 meaning that the connection between the variables is direct and quite powerful.

After this I have made a forecast of the rate if the volume of credit will increase by 1 mld RON. By estimating the value I reached to the conclusion that the value will be between (0.9%, 1.27%) with a probability of 95%.

Even though the model considered only two factors influencing the rate of credit overdue, there are also other factors which influence the rate: inflation rate, the interest rate, etc.

Credit scoring is a scientific method which uses statistic models in order to evaluate the credibility of the person being analyzed. Credit scoring was first user in the 50’s, but wined the popularity in the last two decades. There are different methods determining a person’s score:

For the banking systems to implement the requirements imposed by Basel II they need a rethinking of the software infrastructure of the banking system. Now only half of the credit institution in Romania have a set of politics, procedures and control processes for risk diminutions, while a quarter of the total credit institutions have tested and analyses their results of the informatics systems.

Basel II has a huge impact on the information administrated by each credit institution. To answer the new requirements, each banking institution must assure the following conditions:

the existence of a centralized database

the database must be structured according to requirements and must have

A very important thing is also the communication with the main institutions which administrate the data concerning the creditors: Credit Information Bureau, and Credit Bureau 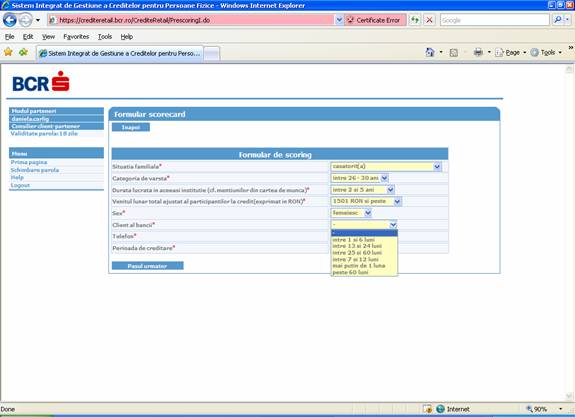 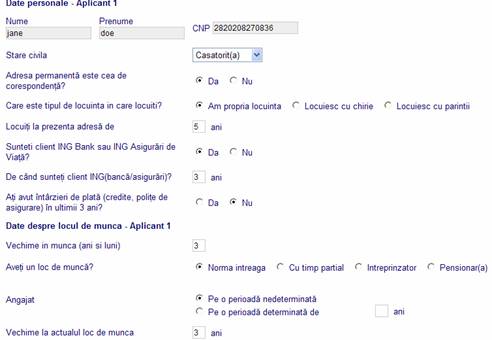 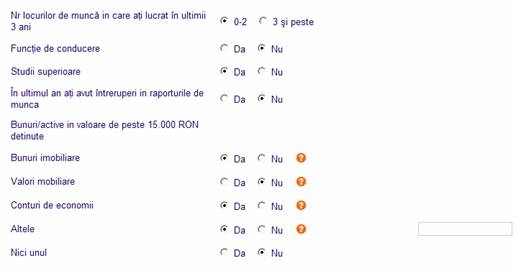 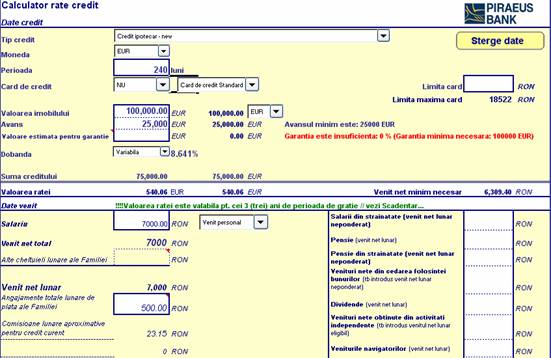 ING and BCR are two credit institutions which are made “in house”, answering each need, determining the credit score automatically, interacting with the credit bureau in real time, but as shown there are still credit institutions that are not applying any kind of credit scoring (Pireus), not having an informatic integrated system and still making credit application in excel.

On long term is very likely that the need of financing for real estate will increase and with that the need for mortgage loan. It is very important for the information concerning the credit behavior to be centralized.