Co-factor for ALL KINASES and PTH

Need for the hydroxylation of lysine

Body is made up of mostly proteins.

o       Recall that enzymes are proteins

Proteins are the most important intracellular buffers

Bicarbonate is the most important extracellular buffer

In order to absorb molecules they need to remain neutral = bioavailable. Follow these rules to keep molecules neutral.

To absorb more acid need to place in a stronger acid

To absorb more base place in a stronger base

Understand that the body makes 20x more HCO3- than acid

Example: ASA has pK = 4.3 (like other NSAIDs), therefore it would be absorbed best in stomach pH of 1-2, when 1% will be dissociated and 99% will be bioavailable for absorption.

Example: When muscle breaks down releasing myoglobin, give bicarbonate to prevent secretion and further loss of myoglobin.

When you have more than two groups:

Cathode – is where cations GO

Anode – is where anions GO

(made and broken down to acetyl Co-A)

Glucogenic = All the rest.

Body will break down protein to look for essential amino acids if not provided by the diet.

1 AA sequence including the peptide bonds:

All Bonds are planar = flat

R groups face away from each other

2 a-helix vs. b- pleated sheet

Allosterism (one site will affect another site)

o       Smallest will move the farthest

You need to know which was amino acid was sequenced first!!!

If you cut with trypsin, where does it cut?

Trypsin cuts to the RIGHT of of lys and arginine!!!

_ lys/___ = Therefore, in a question, find the answer that already contains lys in the second position

KNOW WHERE THE ENZYME CUTS

ALL CUT TO THE RIGHT

Recurrent acute abdominal pain and neuropathy (remember this can be anything..headaches, ↑ ICP, etc…)

MC Drugs that can cause this

-Blister in the su 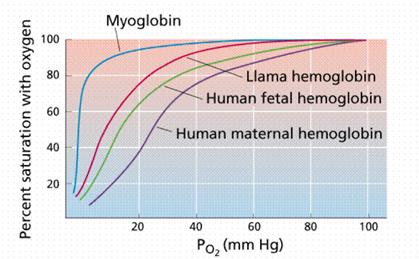 Through Foramen Ovale and Left side pO2 = 90% 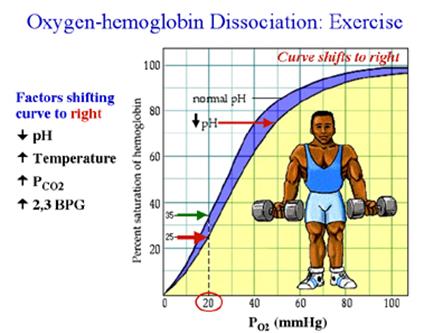 If pO2< 60, free Hg to de saturate and curve shift to Right

o       begins in the Yolk Sac at months gestation.

o       After 1 year of age long bones are in charge of erythropoesis.

If long bones are damaged, in bone marrow > 1 year spleen will take over again = splenomegaly

o       Treatment with O2 will not make saturation go up

o       THIS PROVIDES THE MECHANISM FOR SICKLING

When O2 decreases, the Val on opposite sides (positions 1 and 6) attract each other and change shape

Asymptomatic, but barred from extreme hypoxic situations or jobs

o       Methylene Blue – “Give them something blue to turn them pink”

Anyl Nitrite- will convert Hg to Fe3+ not allowing CN to act.

Hg made up of:

Will die within I 10 years of transfusion related infections

o       Bone marrow overwhelmed with Fe due to frequent transfusions.

o       Duodenum absorbing too much Fe leading to: