A BRIEF HISTORY OF FIGURE DRAWING

A  BRIEF HISTORY OF FIGURE DRAWING

century art historian Vasari) as simultaneously artist, architect, and inventor. Leonardo, and his rival Michelangelo Buonarroti, shared the artistic goal of making paintings and sculptures that were as close to divinity as possible. This religious impetus famously inspired Michelangelo singlehandedly to undertake to paint the ceiling of the Sistine Chapel, against all odds, and prompted artists tirelessly to investigate the world around them, particularly the most divine icon, the human figure. The advancements in the visual understanding of the figure, and in how it may be rendered, made by these early Renaissance artists are astonishing, and they bequeath to us some of the most subtly sophisticated and beautiful drawings in existence.

The Italian celebration of Christianity was one of grand gestures, of allegories lavishly and imaginatively realized; the human figure, though meticulously observed, was invariably standardized and represented in a form that was considered ideal to contemporary tastes. At the same time, in northern , while religious subjects were still important, genre painting, the study of everyday life, and portraiture, were more common themes. This meant that the depiction of people was more realistically contemporary, and more personal. The 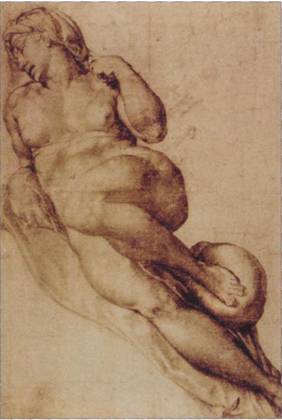 German artist, Hans Holbein the Younger, made drawings for his portrait paintings that were clearly highly valued in their own right at the time; today, the precision with which they describe the disposition and relationships of their subjects seems breathtaking. It is perhaps the northern artists whose sentiments are closest to ours today, though it is interesting to see how the popularity of the Renaissance masters has waxed and waned throughout later history. In the late eighteenth century the work of artists such as Jean-Auguste Dominique Ingres, which reflected contemporary Romantic interest in Roman culture, celebrated the Florentine artists' Romanticism. Although Ingres is rightfully considered today among the greatest draftsmen of all, the work of that time shows no interest in the individuality of the people depicted.

HOW TO DRAW THE HUMAN FIGURE

More recently, artists have approached the human figure in a great variety of ways. At the end of the nineteenth century, an explosion of new ideas about perception flooded the whole of art, and maverick artists divined new ways of looking. Paul Cezanne (later to be weightily credited with the invention of modern art) found that by treating his human subject as nothing more than a solid volume, like any other object, he could paradoxically communicate character and disposition more effectively. This principle was in part espoused by the artists who are now known as the Impressionists. At much the same time, in Austria, a school of artists now referred to as the Viennese Secessionists were creating unprecedented and, even now, unique art. Gustav Klimt combined refined and delicate objective drawing with dazzlingly patterned surfaces in his expression of the bleaker aspects of human life, and his protege and successor Egon Schiele brought to these a precocious genius. Though hardly a 'rounded' artist, Schiele's visions of mortality and 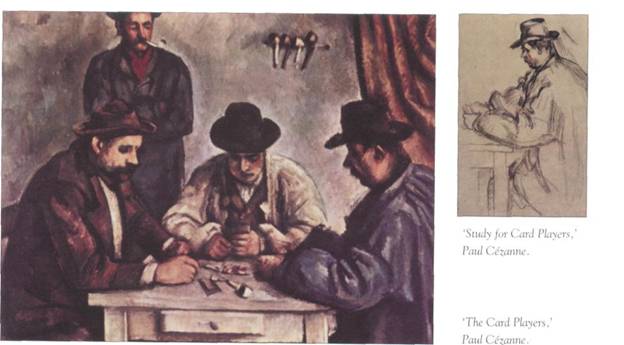 A BRIEF HISTORY OF FIGURE DRAWING 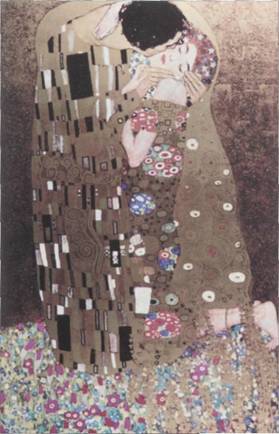 drawing ability. His drawings are a demonstration of superb economy, in which just a few lines and marks describe an often distorted human figure in its full complexity.

Our own century has been dominated by fully Expressionist art, which frequently discards the notion of objective drawing. The greatest practitioners of all, however, Pablo Picasso and Henri Matisse, founded their Expressionist work on a relaxed fluency in objective drawing; even Picasso's most distorted pieces are just that, distortions; they identify and magnify the essence of his subject.

The human figure has played a huge role in art this century, perhaps more so now than ever before. While video  and  electronic processes  may  seem

radically distant from 'traditional' art, they are simply tools, and much of the art being produced by young artists today has as its subject the same preoccupation that art has always addressed: the human being and what it is to be one. Though outside the scope of this book, which is specifically about drawing the human figure in space, let your investigations lead you into all aspects of art. It may be surprising where you find the most satisfactory answers to the oldest questions.

HOW TO DRAW THE HUMAN FIGURE

HIS BOOK is composed, from the very start, as a series of consecutive projects. We recommend that you approach them more or less in order, especially for the first few chapters, as it is important to deal with the basics of solid forms and

outlines before you start to employ other techniques, like variations in lighting.

We have eschewed the traditional chapter on materials for two reasons. Firstly, as the book is mostly about drawing, rather than painting or using other materials, it seems unnecessary to suggest that you should develop a full understanding of materials before you start to do anything. Secondly, we feel that choice of media is a personal matter; experiment by all means, but remember that your materials are your tools, not your subject. Use whatever you are most comfortable with, materials that allow your attention to be wholly focused on your subject. In any case, as the projects develop, we will introduce various other media, especially when paint is used.

To begin with, we suggest that you have as large a quantity of paper available as you can lay your hands on, of a variety of sizes, but certainly up to A2 or larger; some willow charcoal, which is preferable to the compressed sort as it is easily erased and moved about on the paper; some fixative, for the same reason (tip: buy the little bottles and a mouth spray from an art shop, as the aerosol spray is ferociously expensive and highly toxic in an unventilated area, and hair spray - which is popular in art schools - loses its effect after about a week); and a variety of graphite sticks and pencils. If you like to draw in color, there is a huge variety of products available; we favor the simple Conte pencils and hard pastels.

You will need models. Persuade friends and family to pose for you. Despite initial reticence, many people are actually quite pleased to be drawn. Many of the projects are based on fully or partially clothed figures. You could complete all the projects