Fern ‘dust’ was first investigated scientifically by Marcello Malpighi (1628 – 1694) who investigated microscopically the dark spots on the underside of fern leaves (Moran, 2004). The complete life cycle of the fern was not discovered until 1848 when Leszczyc-Suminski first described the archegonia as a ‘female sexual organ’ and from this the life cycle of ferns as is it is today was deduced (Wagenitz, 1999). Ferns belong to the vascular plant group and possess true leaves but lack flowers and seeds. They possess free living 1n gametophytes which produce gametes by mitosis, often both sperm and egg on the same prothallus. A fertilised egg grows to become a 2n sporophyte, the stage universally recognised as being the fern. This produces spores in sporangia on the leaf underside (fig 1 + 2). There are two distinct types of spores, green and non-green. The green spores contain chlorophyll and are ready to germinate and grow as soon as they hit the ground. Unfortunately these spores are often short lived and lose viability within a few weeks although viability of up to a year has been recorded. Non-brown spores usually remain viable for a few months to several decades (Lloyd et al, 1970) 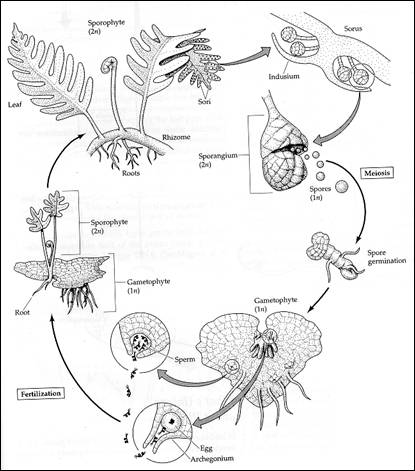 Fig. 1: The Lifecycle of Ferns (www.esu.edu) 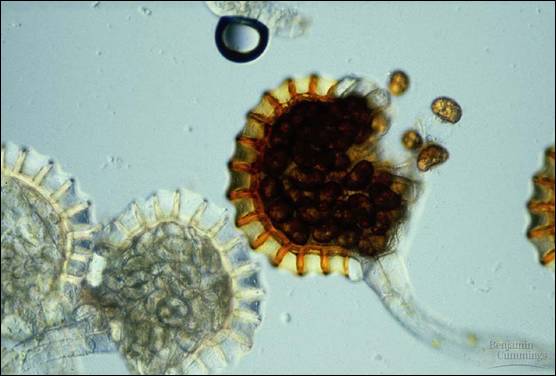 Ferns are not as valuable economically as seed bearing plants but some have historic medical values, Dryopteris filix-mas was once used as an anthelmintic to expel worms and is referred to in Nordic literature (Waller et al, 2001), some have been used as food such as Matteuccia struthiopteris, and some as an aid to nitrogen fixation but most are purely of horticultural interest as specimen and pot plants. Some ferns are now recognized as keystone species and support large varieties of invertebrate life (Ellwood et al, 2002)

Today 193 species of true fern (Pteridophyta) are listed on the IUCN Red List of Threatened Species (IUCN, 2007). As an aid to conversation it must be noted that spores can survive for significant amounts of time in the soil beneath a fern colony, only germinating when exposed to light, this is known as the soil spore bank and has implications in restoring lost species (Dyer, 1994). In order to ensure conservation of certain species, various organisations, usually botanical gardens now operate spore banks collecting and storing spores for use in the future similar to the seed banks held in the same institutions. Methods of storage vary greatly and affect the viability of the spores. Some spores have been known to germinate after 70yrs (Lloyd et al, 1970). The common variables among storage are moisture and temperature. Dry storage involves storing spores in glass vials, wet storage on agar plates and the temperature ranges from +20oC to -80oC. All these variables have effects on the viability of the spores (Quintanilla et al, 2002).

This study will look at the viability of spore samples subjected to differing storage methods taken from the Royal Botanic Gardens, . This is of importance as spores cultivated locally in order to replenish stocks has risks associated with the plants adapting to local conditions within three generations and losing their ‘wild’ fitness. The Botanical Gardens are interested in the length of time these spores can be stored so as to limit the necessity to collect wild spores to a minimum.

Dry and cold stored at -20oC. These spores have been less than ideally stored, often with extreme temperature fluctuations (unnoticed freezer breakages and transportation between stores). 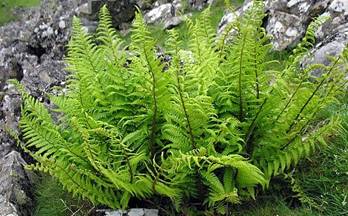 Dryopteris affinis a southern and western European native: two samples, one from 1970 and one from 1990. 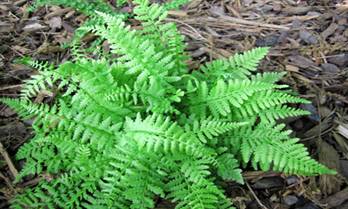 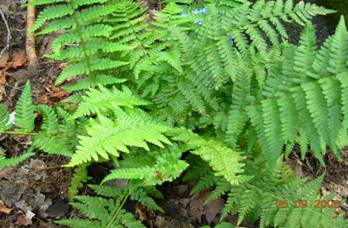 Dryopteris filix-mas one of the most common ferns occurring in the Northern Hemisphere: sample collected in 1987 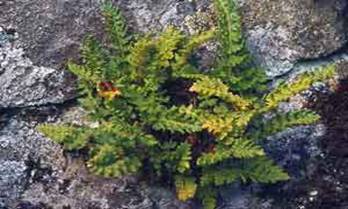 Woodsia ilvensis a small fern found on rocky outcrops above 350m. Currently there are less than 100 plants remaining in distributed between 11 sites, 6 of which are in (UKBAP, 1998). There are samples from 3 sites: Feshie, Woodale and Moffat all collected in 2002. 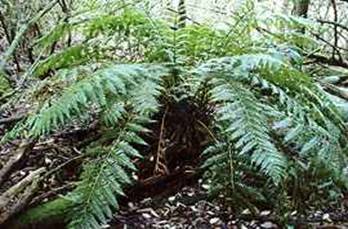 I am unsure as to what medium to cultivate the spores on but a simple mix is described in The American Fern Journal: ‘my laboratory has been successfully using a medium consisting of a solution of 15g of agar per litre of water in which is dissolved one commercial nutrient tablet. The resulting medium provides mineral nutrient yielding fern prothallia in numbers and size equal to those grown on conventional nutrient media requiring precise quantitative mineral additives.’(Marengo, 1979)

It is also interesting to note that red light stimulates spore growth in the majority of fern species (Kiss, 1998) perhaps the germination rate would be increased if the plates were kept under a red light as opposed to natural light.

Spore Germination in Populations of Schizaea pusilla from New Jersey and Nova Scotia International Journal of Plant Sciences, Vol. 159, No. 5.

Wagenitz G. 1999, Botanical Terminology and homology in their of