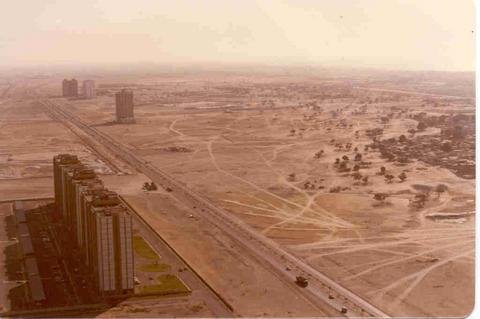 in 1990 prior to the craziness 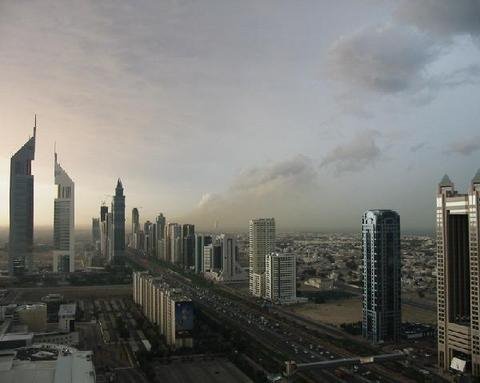 The Waterfront. When completed it will become the largest waterfront development in the world

All of this was built in the last 5 years, including that island that looks like a palm tree. 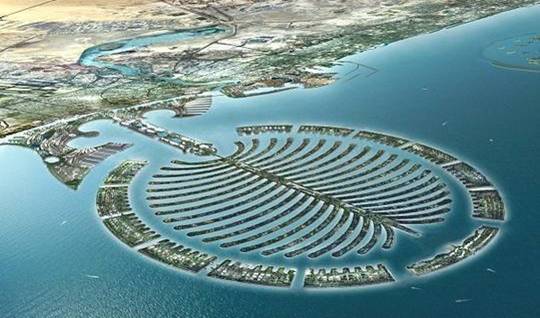 The in . New Dutch dredging technology was used to create these massive man made islands.

They are the largest artificial islands in the world and can be seen from space.

Three of these Palms will be made with the last one being the largest of them all.

Upon completion, the resort will have 2,000 villas, 40 luxury hotels, shopping centers, movie theaters, and many other facilities.

It is expected to support a population of approximately 500,000 people. It is advertised as being visible from the moon.

The . 300 artificially created islands in the shape of the world.  Each island will have an estimated cost of $25-30 million. 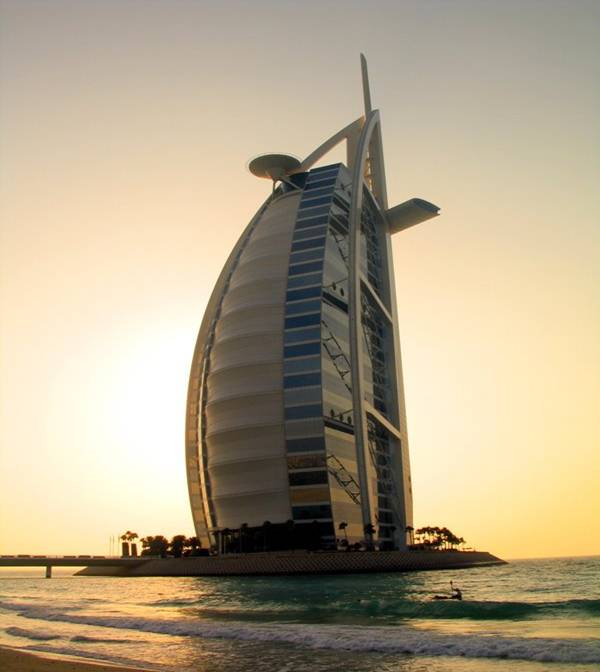 The Burj al-Arab hotel in . The worlds tallest hotel.  Considered the only '7 star' hotel and the most luxurious hotel in the world.

It stands on an artificial island in the sea. 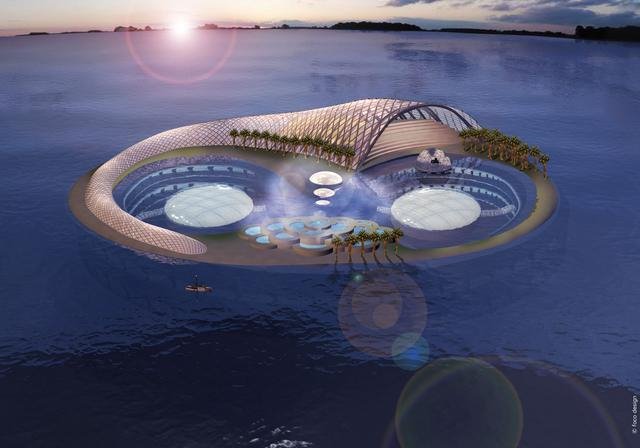 Entirely built in and then assembled in , it is scheduled to be completed by 2009 after many delays. 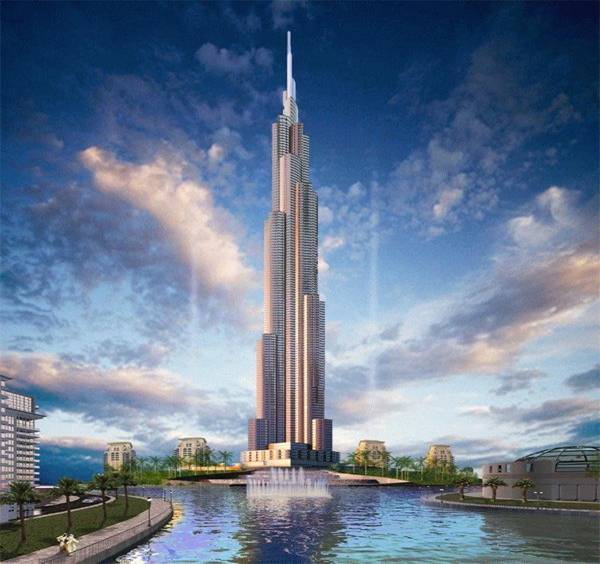 The Burj Dubai. Construction began in 2005 and is expected to be complete by 2008.

At an estimated height of over 800 meters, it will easily be world's tallest building when finished.

It will be almost 40% taller than the the current tallest building, the 101. 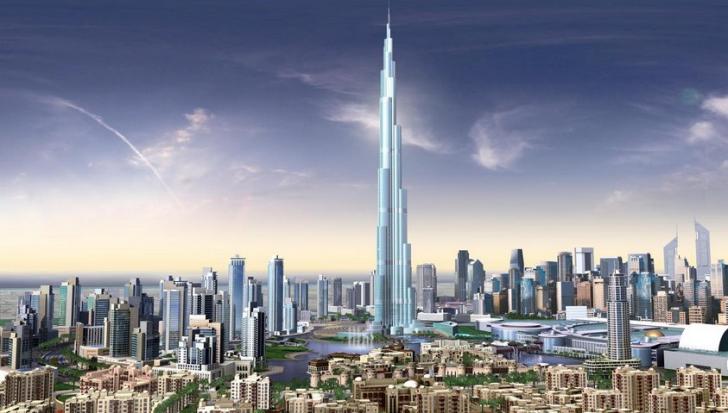 More than 140 stories of the Burj Dubai have already been completed.

It is already the worlds tallest man made structure and it is still not scheduled to be completed for at least another year. 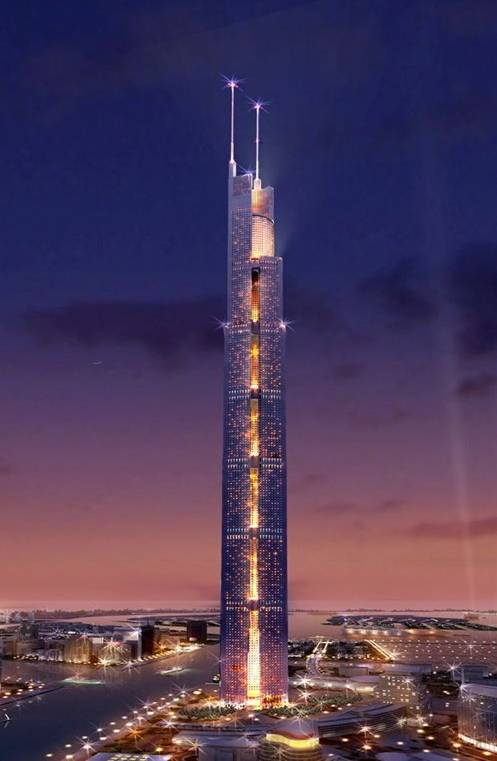 The Al Burj. This will be the centerpiece of the Waterfront.

Once completed it will take over the title of the tallest structure in the world from the Burj Dubai. 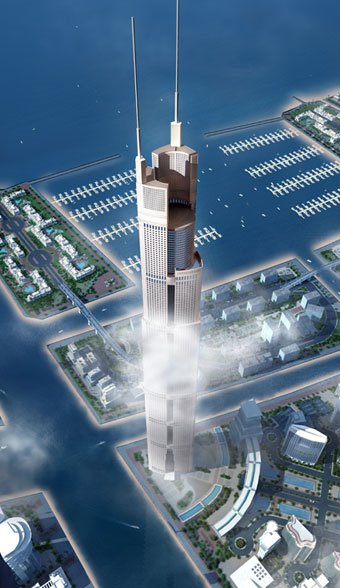 Recently it was announced that the final height of this tower will be 1200 meters.

That would make it more than 30% taller than the Burj Dubai and three times as tall as the . 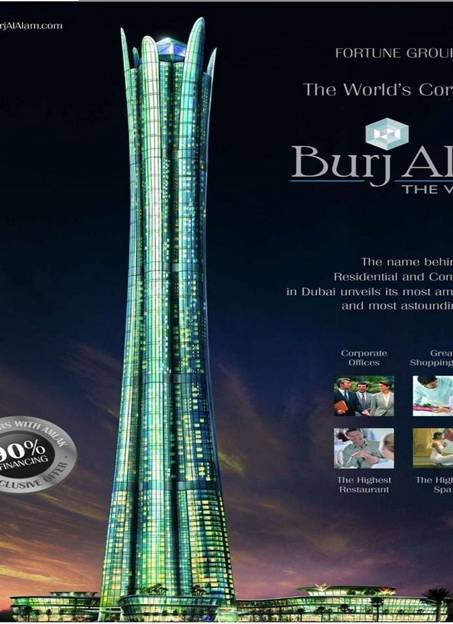 Burj al Alam, or The . Upon completion it will rank as the world's highest hotel. 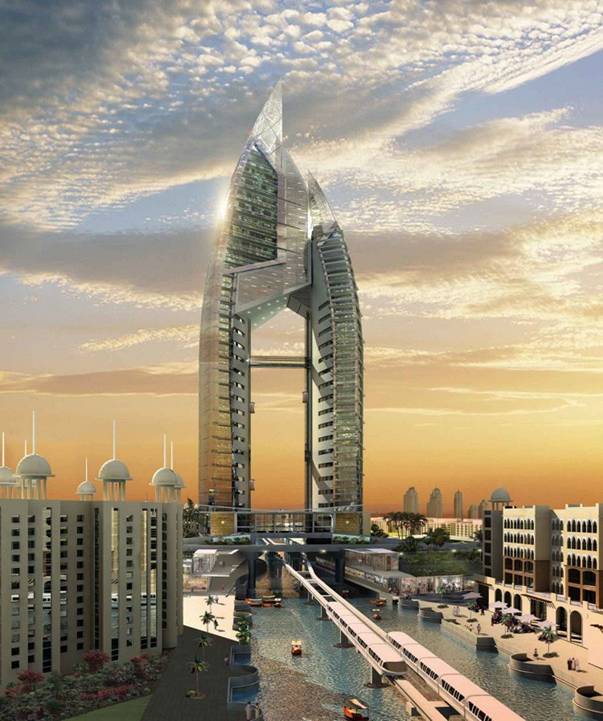 The Trump International Hotel & Tower, which will be the centerpiece of one of the palm islands, The Palm Jumeirah. 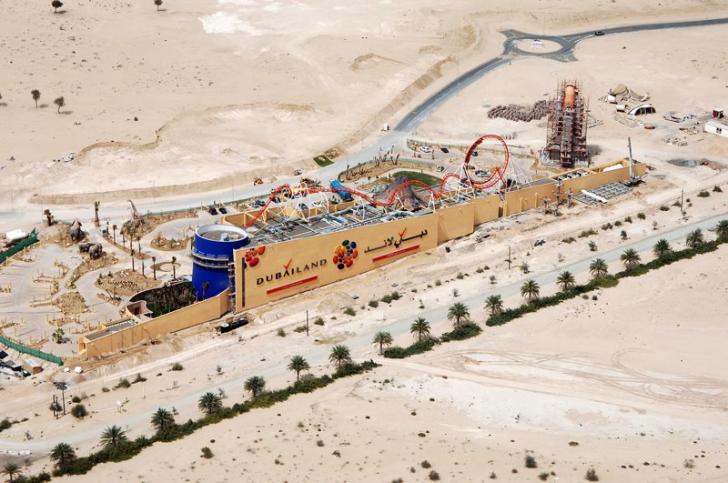 Dubailand Currently, the largest amusement park collection in the world is  Walt Disney World Resort in , which is also the largest single-site employer in the with 58,000 employees.  Dubailand will be twice the size. 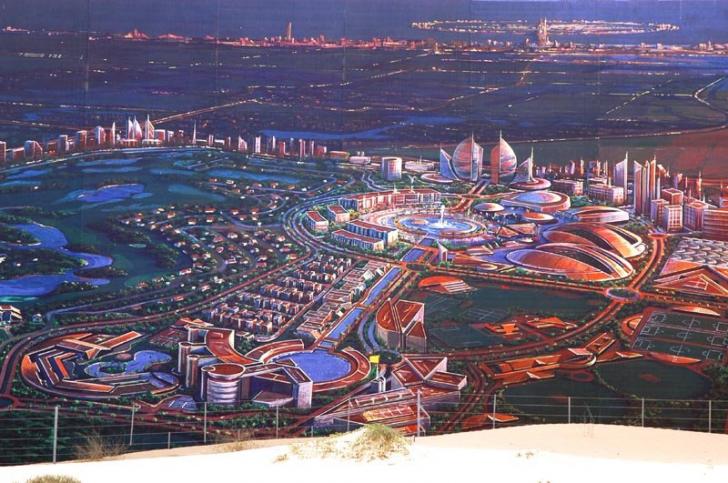 Dubailand will be built on 3 billion square feet (107 miles^2) at an estimated $20 billion price tag.

The site will include a purported 45 mega projects and 200 hundred other smaller projects. 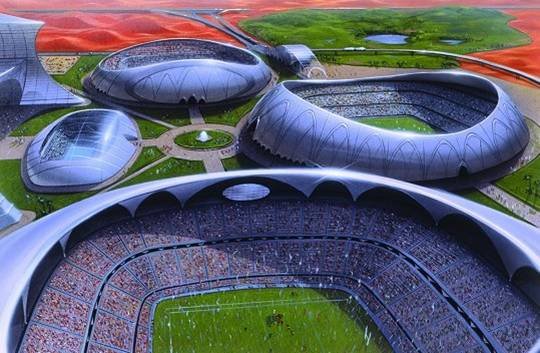 A huge collection of sports arenas located in Dubailand.

Currently, the Walt Disney World Resort is the #1 tourist destination in the world. Once fully completed, Dubailand will easily take over that title since it is expected to attract 200,000 visitors daily. 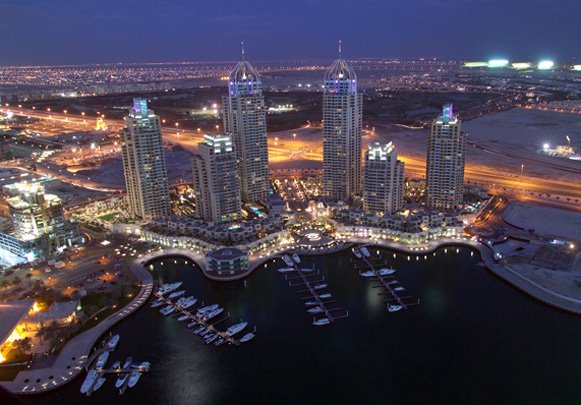 The is an entirely man made development that will contain over 200 highrise buildings when finished.  It will be home to some of the tallest residential structures in the world.

The completed first phase of the project is shown. 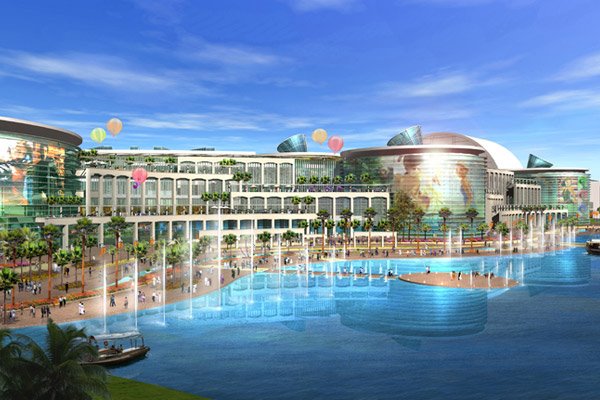 The Dubai Mall will be the largest shopping mall in the world with over 9 million square feet of shopping and around 1000 stores.  It will be completed in 2008.

Some of the tallest buildings in the world, such as and The , which will be the largest

residential building in the world at over a 100 stories, will line the . 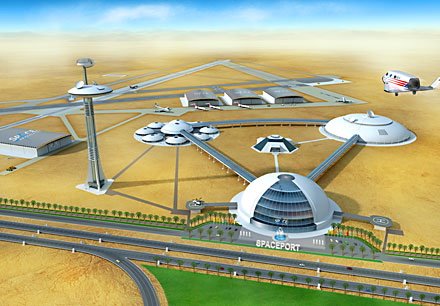 The UAE Spaceport would be the first spaceport in the world if construction ever gets under way.

The Dubai Metro system, once completed, will become the largest fully automated rail system in the world.

There are more construction workers in than there are actual citizens.