-linked to shared principles of Hindu and Buddhist periods

-built temple mountains for each king 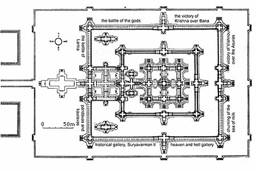 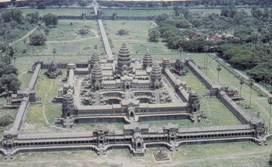 When: 12 century at height of Khmer civilization

-series of large tombs, mountain is axis of earth

-main purpose was for dwelling of god represented by image

-symbolize each state of solar system

Series of four enclosures one inside another

Causeway- two libraries on each side

Significance: one of the largest religious structures ever built

-horizontal and vertical expanse in one composition

Fortified city of residences of priests and officials