A. Adjective calificative + one / ones

I wont lend you my new pen. You can borrow my old one.

Tony missed his train. He caught the next one instead.

Sandra is the best (dancer).

Dont wear your blue shoes. The black (ones) look better.

That painting is the most valuable (one) in the museum.

This is my book. This book is mine.

NOTA: Of yours inseamna one of your + substantiv.

of mine inseamna one of my + substantiv etc.

John is a friend of ours. = John is one of our friends.

C. Pronume interogative  forma: who, whom, whose, what, which. Utilizare:

Who is that girl?

Who are those men?

Whom did you see? (formal)

Who did you see? (informal)

D. Pronume cantitative  forma: much, many, little, few, some, any, none. Utilizare:

Many are called but few are chosen. (proverb)

He didnt spend much (money). In fact he spent very little.

If all friends were like Harry, Id rather have none.

Sam hates carrying suitcases. He travels with none.

ATENTIE! Some, any, no se combina cu -one, -body, -thing formand cuvintele compuse: someone, somebody, something, anyone, anybody, anything, no one, nobody, nothing. Aceste pronume urmeaza aceleasi reguli.

Does anyone want to accompany me?

They saw something strange that night.

E. Pronumele demonstrative  forma: this, that, these si those. Utilizare:

This (umbrella) is mine. That is his.

These (umbrellas) are mine. Those are his.

F. Pronumele distributive  forma: each, all, everyone / everybody, everything, both, either, neither. Utilizare:

Each chose the colour he preferred.

Each of the boys / us felt ashamed.

All of the students / you are invited to the club.

Both of his grandparents / them are still living.

Either of you / Neither of the men can go.

I spoke to her yesterday.

We saw them on the beach.

He gave her an engagement ring.

Wheres my book? It is on the shelf.

Look at that bird! Its making a nest.

Whos at the door? Its Olivia.

What time is it? Its nine oclock.

The little boy hurt himself during the game.

Please help yourself to the buffet!

He washed his hands.

She looked at herself in the mirror.

Why are you so angry with yourself?

The president himself attended the summit.

Annie herself made the decision.

I fixed it myself. = I fixed it without any help.

nobody no one nothing

1. The fight against racism.

Martin Luther King Jr. was one of the most important leaders of the American civil rights movement. King was a Baptist minister and also became a civil rights activist early in his career. He led the Montgomery Bus Boycott.

The Montgomery Bus Boycott was a political and social protest campaign started in 1955 in , intended to oppose the city's policy of racial segregation on its public transit system. The boycott was triggered by her arrest, when she was charged for violating racial segregation laws in after refusing to give up her bus seat to a white man. She was sitting in the fifth row (the first row that blacks could occupy), along with three other blacks. Soon, all of the first four rows were filled up, and a white man walked on. Since blacks and whites could not be in the same row, the bus driver wanted all of the blacks to move. The other three blacks complied, but Parks refused and was practically dragged off of the bus. When found guilty on December 5, Parks was fined $10 plus a court cost of $4, but she appealed. As a result, Rosa Parks is considered one of the pioneers of the civil rights movement.

His efforts led to the 1963 March on , where King delivered his I Have a Dream speech.

I have a dream that one day this nation will rise up and live out the true meaning of its creed: We hold these truths to be self-evident, that all men are created equal.

I have a dream that my four little children will one day live in a nation where they will not be judged by the color of their skin but by the content of their character.

Here he presented the civil rights movement to the public and established himself as one of the greatest orators in history. In 1964, King became the youngest person to receive the Nobel Peace Prize for his efforts to end segregation and racial discrimination through civil disobedience and other non-violent means. King was assassinated on April 4, 1968, in .

Nelson Mandela is a former freedom fighter who became the first president of South-Africa in the post-apartheid period. His ambition as a child was to study law and make a contribution to the freedom movement in .

An association of young blacks, whose aim was to improve the situation for black people in the whole of Africa, was formed in in 1912, called the African National Congress (ANC). They wanted to represent the millions of working people in the towns and countryside who had no vote and no power.

During the 1950s, Mandela was banned from working as a lawyer and was often arrested and imprisoned.

From 1962, he spent 27 years in detention before he was released on 11th February 1990. After being sentenced, he said this:

In 1991, the ANC held its first national conference inside after being banned for decades. Mandela was elected president of the ANC. In 1993, he agreed to accept the Nobel Peace Prize on behalf of all the South Africans who suffered to bring peace to the nation. He was president of from 1994 to 1999.

2. Rearrange the words to form correct sentences and find the famous quotations.

you love If you them people have to no judge time. (Mother Teresa)

that I will 'race' finally people one that realize hope is come to only there - the race human - and of members it that are we all. (Margaret Atwood)

3. Do we still have racism today? If yes, can you find some examples in for racism?

4. Come up with a few solutions to fight racism.

5. Do you know some of the most important articles in the Declaration of Human Rights? Fill in the gaps in the articles below with the words in italics.

Apartheid in was a system of legalized racial segregation enforced by the National Party South African government between 1948 and 1994. Apartheid legislation classified 's inhabitants and visitors into racial groups (Black, White, Coloured and Indian).

The system of apartheid sparked significant internal resistance. The government responded to a series of popular uprisings and protests with police brutality, which in turn increased local support for the armed resistance struggle. In response to popular and political resistance, the apartheid government resorted to detentions without trial, torture, censorship, and the banning of political opposition.

6. Follow the clues for Across and Down to fill in the crossword. 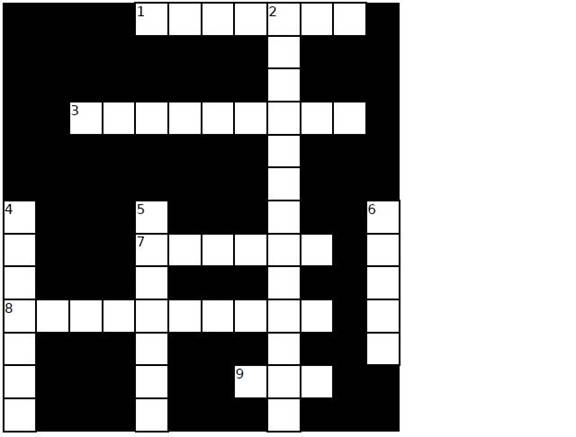 1. is one of the fundamental principles behind Human Rights.

3. Many during war have their human rights violated.

7. The human are a collection of freedoms and liberties.

8. Freedom of is a human right that is often contested by authoritarian regimes.

9. All people are entitled to have their rights protected by the

2. The UN is the organization that ensures that human rights are observed everywhere.

International is a very well-known organization fighting for human rights.

5. is the most important inalienable human right.

6. Sometimes, the violation of human rights is only solved in