Media Transfer Protocol (MTP) is a new protocol and accompanying set of drivers developed by Microsoft to connect portable devices to a Windows XP PC [Windows 2000 is not supported] and synchronize digital media content between those devices and the PC. MTP is geared toward portable devices with hard drives; flash-based devices will continue to use Mass Storage Class (MSC), a broadly supported protocol whose drivers are already included with Windows XP, 2000, and Me. In general, users will have to buy new devices that support MTP, although some existing devices will be upgradeable.

Among the benefits of MTP are the following:

Driverless installation. Previously, manufacturers of hard-drive-based portable media players had to write their own drivers to run on top of the Windows Media Device Manager (WMDM) API. This could cause installation headaches and hardware conflicts, and sometimes required users to install and use custom software to transfer files. In contrast, all MTP-compatible devices use drivers that Microsoft is shipping with Windows Media Player 10, and users will be able to perform all transfer and synchronization functions from within the Player.

AutoSync. Previously, many portable devices forced users to take action, such as dragging and dropping files or opening a special software application, to transfer files from the PC. In contrast, all MTP-compatible devices will support a new feature called AutoSync, which lets users configure Windows Media Player 10 to automatically transfer all newly acquired or ripped content to a device whenever it's connected. AutoSync is customizable so that the Player will transfer only content that meets certain criteria (songs rated four stars or higher, for instance), a capability that becomes important as media libraries on a PC grow beyond the hard drive capacity of a particular device. (MSC-based devices will also support AutoSync when used with Windows Media Player 10.)

Understand device limitations. MTP allows the PC to recognize a device's limitations, such as capacity or lack of support for certain file types. As new content is added to the PC, the Player will automatically transcode it (change the file type or compression ratio) in the background if necessary so it will be ready for transfer the next time the user connects the device. Transcoding was previously a manual process and was particularly unwieldy for transferring content such as recorded TV programs, for which the transcode time exceeds the playback time.

Bidirectional file property synchronization. Today, changes made to file properties (such as a user rating) on a device cannot be propagated back to the PC when the device is reconnected. MTP-compatible devices won't have this limitation.

Device presence in Windows shell. All MTP-compatible devices will appear in the My Computer window for easy configuration (just as MSC-based devices appear as a separate drive today).

Support for Windows Media 10 digital rights management (DRM). MTP is necessary to support Microsoft's latest DRM scheme, which enables new scenarios such as transferring subscription-based content to portable devices. (MTP is used to synchronize licenses between the PC and devices, among other functions.)

MTP is based on Microsoft's Picture Transfer Protocol (PTP), which was introduced with Windows XP to ease the transfer and discovery of images from digital cameras.

In theory, Microsoft could have based its new technology for portable players on MSC, which is more broadly supported. However, Microsoft chose to work with PTP because MSC cannot support certain features, such as the following:

In addition to MSC, MTP joins at least two other synchronization protocols used to transfer digital media to portable devices: iSync, used by Apple's iPod, and SyncML, a standard proposed by the Open Mobile Alliance for synchronizing data between a PC and portable devices, such as mobile phones or handheld computers. Microsoft has no plans to support these protocols in the Windows Media Player, meaning that users will still have to install and use

ayer v10.0. Media Players are supported only on Windows XP
machines, not Win2000. The ayer can be downloaded from Microsoft website:

If you are using ayer v11, download the file named: Motodmmtp11.inf and use this file, instead of file came with the package.

Download the MTP driver files package from the compass link:

Unzip the file MTP_Driver_Install.zip and store it in the above folder in C: drive.

Also, you have to install RSD Lite v2.7 or later from the compass site:
https://compass.mot.com/go/rsdlite

3.4. Flash the phone with correct flash file to show PID as 6413; You can verify this information
via usbview.exe. 6413 is MTP dual mode configuration [MTP + Data logger].

3.5 Connect the phone. Make sure the phone is in dual mode configuration.

3.6. Open up the Computer Management Window by right clicking Computer Name from desktop; In Motorola PCs, the computer name has core id: W17797 on W17797-01.

select Manage and select Device Manager. The following window will be displayed with yellow question mark[sometimes] under Imaging devices: 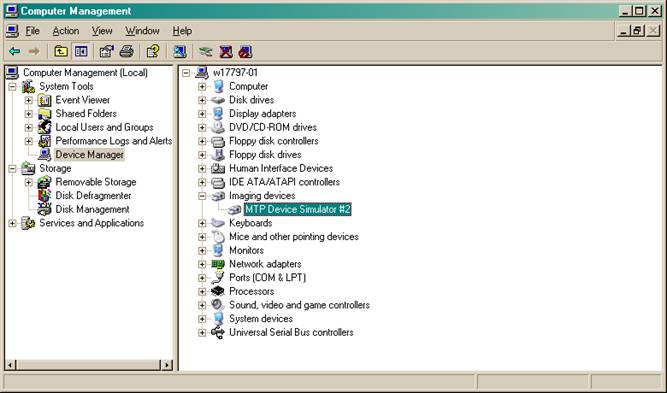 The following window will be displayed: 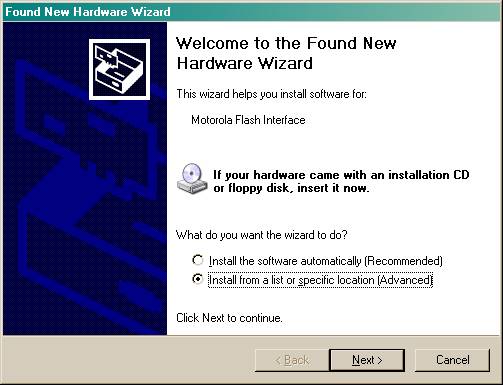 3.8. The following window will be displayed: 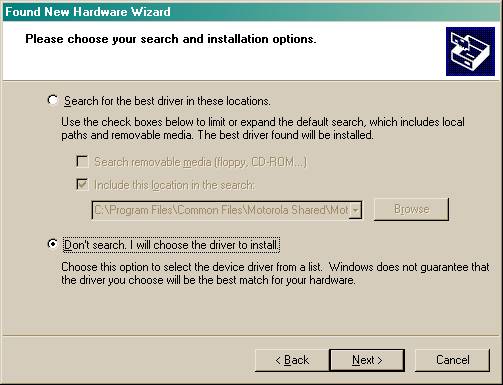 3.9. Click Next. The following window shall be displayed with two options.

-- Browse to the bottom and select ‘able Devices’ and 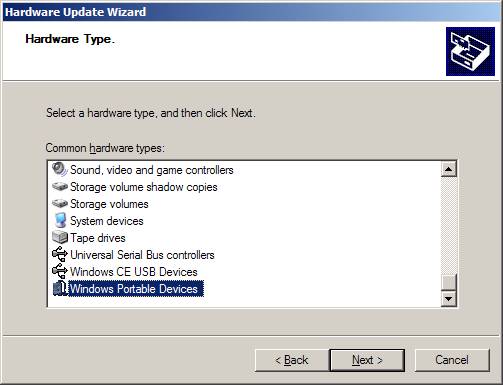 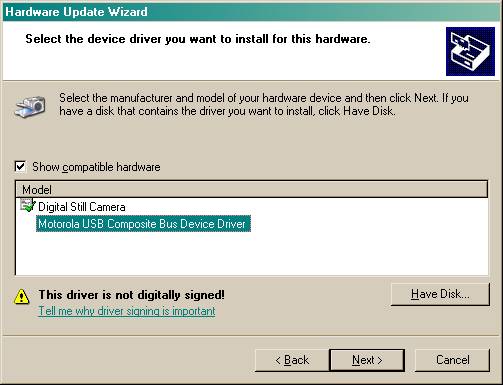 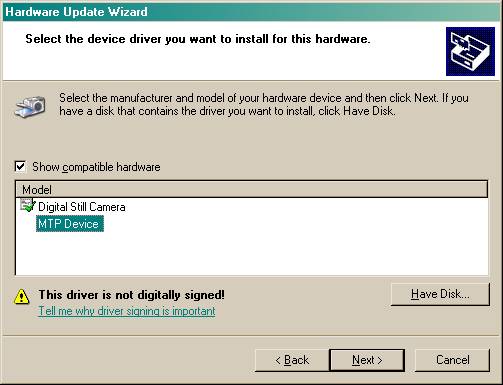 Important Note: Do not select Digital Still Camera. We do not want to install drivers for 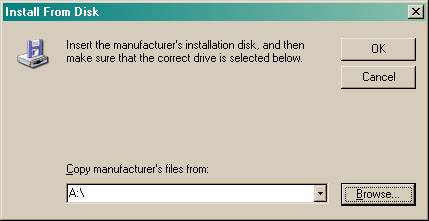 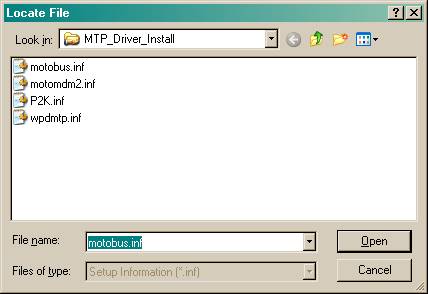 The following window shall be displayed: 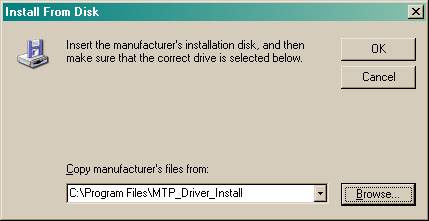 The following window shall be displayed with MTP Device highlighted: 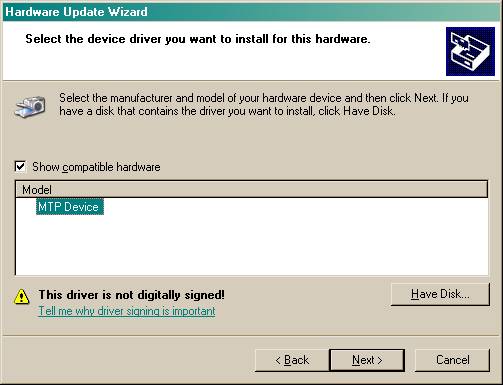 3.13 on the Next button and the driver will start to install, like the window below: 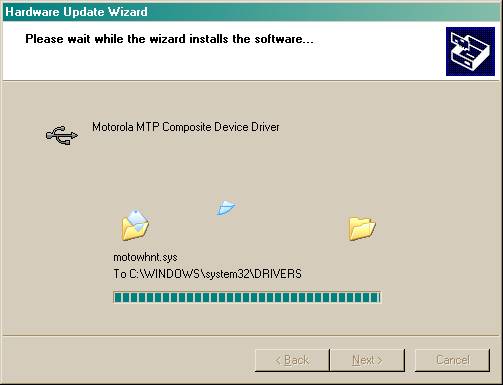 While drivers are being installed for the device, the following message will be displayed by the
Operating System. Click on ‘Continue Anyway’ option and proceed to install drivers. 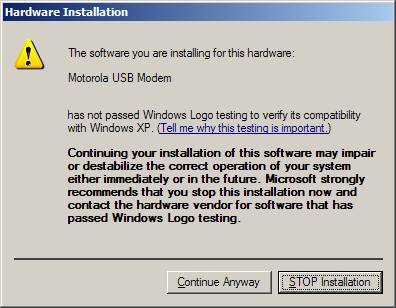 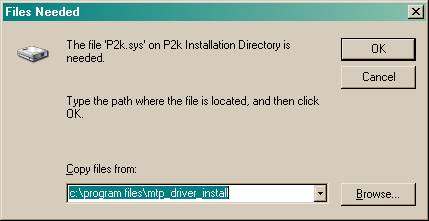 3.14 From the above ‘Files Needed’ window, select p2k.sys and click OK. 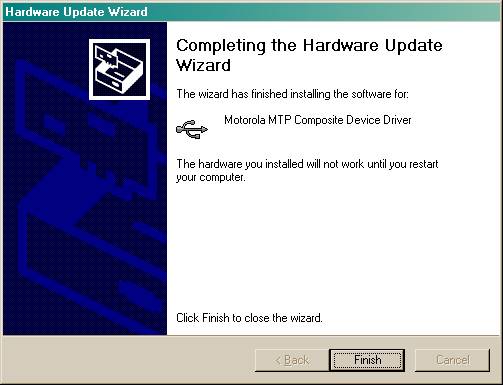 3.15. Complete the installation by pushing the Finish button on the last dialog panel.

3.16 After clicking Finish, the following window shall be displayed:

3.19 After machine is re-started, connect the phone. The MTP drivers and Data logging drivers
are installed properly.
The following window shall be displayed with ayer option. 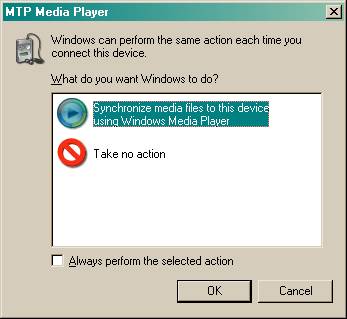 Also, the Computer Management window shall be displayed like: 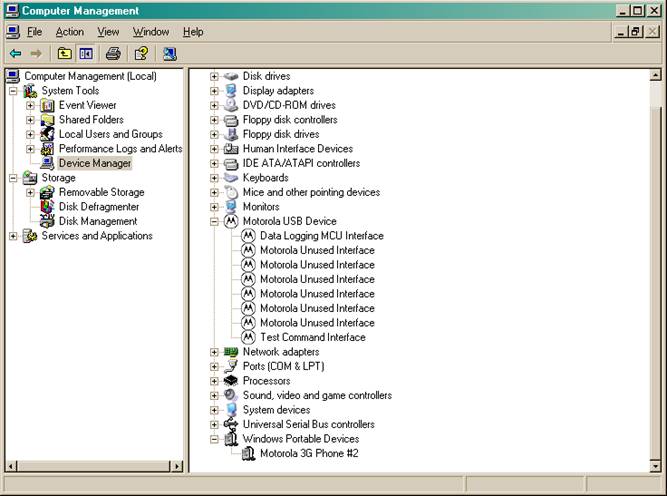 The above Computer Management window has no yellow question marks; thus, the drivers for
all configurations and MTP drivers are installed properly.

The data logging should work via RTA and device shall display in ayer.

3.20. How to troubleshoot the Device Manager issues?

If you have not properly installed the device:

Right click on the device name and choose Update Driver. Point to the location C:Program FilesCommon FilesMotorola SharedMotPCSDriversMTP_Driver_Install to install the drivers again.

MTP Driver is supported on the following phones :