Analysis of the parasitic devices in bipolar IC technology

Abstract. The implementation of TCAD process and device simulation of electrical properties of bipolar transistor cell for extraction of its equivalent circuit is presented. A unique insight into the internal transistor structure operation allows for analysis of the critical regions and for better understanding of the electro-physical behaviour of bipolar transistor. Very good agreement of simulated electrical characteristics by TCAD as well as SPICE equivalent circuit model with experimental ones confirms the validity of the derived model. The sudden increase of substrate current is caused by a parasitic lateral PNP transistor which emitter under certain circumstances becomes forward biased. The influence of temperature on the electrical properties of bipolar transistor is analysed also. The advantage and efficiency of the implementation of various simulation tools, particularly process and device simulators for better understanding of the properties of semiconductor devices is clearly seen.

The increasing on-chip circuit and system integration allowed by continuing miniaturization of individual semiconductor devices, which are approaching their physical limits, generate a strong pressure on better understanding of the electro-physical behaviour of individual semiconductor structures integrated in IC technology [1]. Although the system level approach is the main stream in new technologies, the deep understanding of physical behaviour of operation of basic semiconductor devices and building blocks provides the system engineers with necessary background for exploitation of the maximum performance from a given technology. The massive implementation of advanced design software tools with large libraries of different cells as well as advanced simulators based on numerical modelling and simulation of fabrication processes, electronic devices and circuits play an increasingly important role in industrial practice [2].

An example of the implementation of TCAD process and device simulators for modelling and simulation of the NPN bipolar transistor with buried collector and reverse biased p-n junction isolation in the common emitter configuration is presented. It allows interpreting the electrical characteristics, e.g. the Gummel plot by the knowledge of internal electro-physical properties of the structure profile of bipolar transistor as potential distribution, hole density and hole current density.

The model structure of the bipolar transistor fabricated in technology with buried collector and reverse biased p-n junction isolation which corresponds to the real bipolar IC technology was designed and simulated by 2-D process simulation in ISE TCAD process simulator DIOS [3] (Fig. 1.). The n­type epitaxial layer was grown on p-type substrate into which the n+-type buried collector and p+­type region for p-type isolation ring were implanted prior to epitaxial growth. 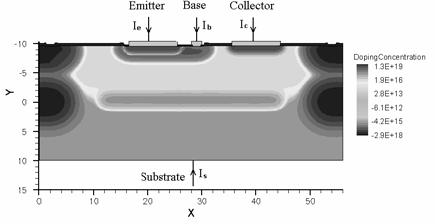 Fig. 1. Schematic of the structure of bipolar transistor

The very good qualitative agreement of the simulated and measured static I-V characteristics of the model structure of bipolar NPN transistor in the common emitter configuration, namely base, collector, and substrate currents Ib, Ic, and Is are shown on Fig. 2.

The internal properties of the analyzed structure are in Fig. 3. It can be clearly seen that due to an increasing voltage drop on series collector resistance the base-collector junction on the left side of analyzed structure is forward bias and injects holes from p-type base to n-type collector. These holes are then swept by the reverse biased p-n junction created by p-type isolation ring and n-type collector and large hole current flows to substrate. Such behaviour corresponds to the creation of the parasitic lateral PNP bipolar transistor.

Fig. 4. Equivalent circuit model of the NPN bipolar transistor for SPICE simulation and the I­V characteristics simulated by SPICE

The influence of the temperature on the transistor behaviour and properties is shown in Fig. 5. With increasing device temperature the base-emitter diffusion (built-in) voltage decreases and the base and collector currents increase at smaller base voltage Vb. As a consequence the voltage drop on the series collector resistance also increases and a dramatic increase of substrate current occurs at lower Vb with increasing temperature.

The 2-D numerical process and device modeling and simulation were presented as the very effective tools for the better understanding of internal behavior of complex semiconductor structures and so for the physical interpretation of the experimental electrical characteristics of analyzed equivalent semiconductor structures. The equivalent circuit of the NPN bipolar transistor cell with characteristic parameters of the individual elements was derived based on the knowledge of the internal properties of the analyzed structure and verified by SPICE simulation.

The visualization of internal electro-physical properties of analyzed structure which cannot be directly measured as potential, carrier densities, electron and hole currents, impact ionization and others and their correlation with output electrical characteristics is extremely useful for physical interpretation of obtained data. The user with some expertise can analyze the critical points and regions and extract the parasitic effects.