Legendary Russian nuclear bomber, one of symbols of Cold war. The example of air longevity - created in 1954 he many times was modified and now stands on arms in . Has many versions - M, K, KR, Tu-142, Tu-119 (with the engine - nuclear reactor) and etc. There was his civil version - Tu-114. One of the most high-speed turbo-prop airplanes in the world (8 propellers gain speed more than 500 mph). In the given model his most perfect modification - Tu-95MS - carrier winged missiles X-55.

The model is executed(made) in GMAX 1.2, completely animation. Has two sets textures - Russian AF and Ukrainian AF. Unfortunately, Ukrainian Tu-95 after the announcement of so-called ' by a non-nuclear zone ' were as the barbarians are sawn and are destroyed under supervision of the representatives of a uncle Sam - now Ukrainian Strategic aircraft is shown in the basic metal wreckages.

The installation of model standard for FS-9.

- From a folder Panel NECESSARILY unpack in a folder FSGauges file GAU_95.zip!!!

The panel consists of 4 parts:

If all of you have made as mentioned above - you should receive the panel in such view (look pictures below in your FS): 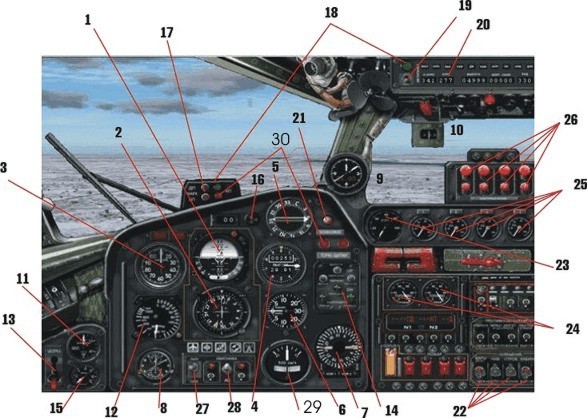 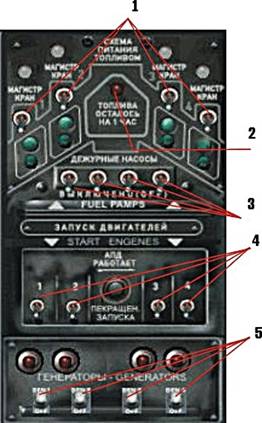 The indicator of the rest of fuel at 1 hour

RADIO PANEL and GPS Consist from defolt gauges (B-737, Cessna) - therefore these gauges should be in your main folder Gauges - differently panels will not work!

The following keys of animation are used: 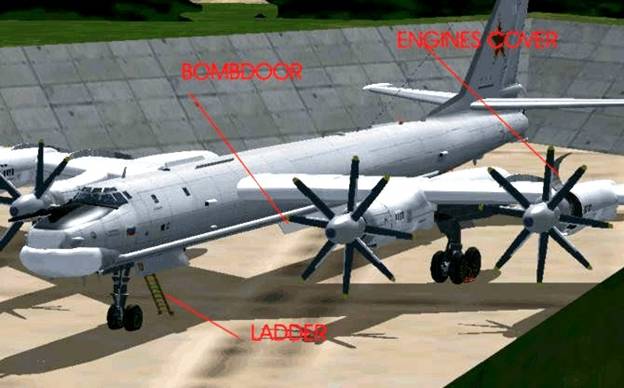 Besides in VC the following keys are used:

To remove - to dress an oxygen mask – AS Water rudder (def.: Shiht+W) 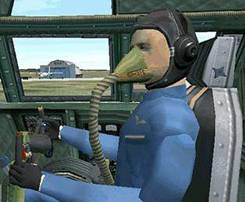 To remove - to dress an oxygen mask – AS Water rudder (def.: Shiht+W)

Two new effects - smoke track and effect of emission of cruise missiles X-55 are applied. These rockets are arranged in bombdoor on the drum-type bombing holder - 6 missiles. The target kill on a real airplane occurs on distance up to 2500 km by a principle - ' has let and has forgotten ' - rocket requires only preliminary prompting(guidance).

Unfortunately these both effects are connected to SMOKESYSTEM - therefore work simultaneously - one MISSILEDROP on one pressing 'I' - for repeated start-up it is necessary once again twice to press a key 'I'. Therefore if you want simply to include smoke track - that do not forget that thus at you from bombdoor will take off missile! How to divide these effects I has not thought up - if who will prompt me shall be very grateful. About - yes - NOT FORGET AT START-UP of ROCKETS TO OPEN BOMBDOOR! 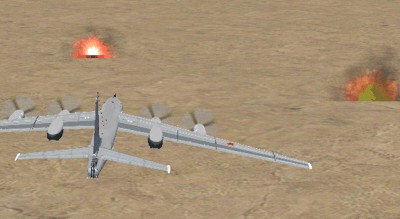 Unfortunately I not am the expert for a sound - therefore never them I put to model - I can only give the recommendations. For the russian users all is simple - on site www.avsim.ru there is a magnificent model of D.Samborsky Tu-114 is a civil version of this airplane - in it(her) there are sounds. I prefer the changed sounds from An-24 RW too of D.Samborsky. But this site extremely Russian - and at western turbo-prop airplanes sounds completely others - more all I recommend a sound from P-3C Orion - they and are registered in a folder Sound - but very important to take into account - that if at you there are no these sounds or the folder of this airplane has other the name - sound will not work - therefore to connect a sound to you it is necessary independently. For example from C-130H:

6. SOME WISHES on FULFILMENT of FLIGHTS

Taxi - Speed no more than 10 miles

Take-off - take into account the especial form(shape) of a fuselage - very long back part - therefore pitch on take-off should not exceed - 5 deg.! I advise to not pull at all yoke on myself - simply before take-off to lower(omit) flaps on 20 and trim tab of an altitude to raise up to +5 (on short runway the airplane itself is possible more) - will lift off after 110-120 miles. After separation from ground to remove a trimmer +1 - 0. To include to retract the flaps - to include AP - and forward!

On landing - too most - try to not touch by back concrete! Use on landing spoiler at the discretion. Successful flights!

From magnificent model Tu-114 from Dmitry SAMBORSKIY and also gauges from Stepan GRITSEVSKIY - large thank to the authors for long-term activity on creation virtual Soviet aviation. A thank to the log-book ' AVIATSIYA I VREMYA ' () for the given drawings.

Freeware, use of the given model and its parts

is forbidden for commercial use.

All rights belong to the author, repaint only

From the sanction of the author.

and on CD without the sanction of author.