Pyramids appear almost at every ancient civilization that existed in the past. Of course when we say pyramid we think at the ancient Egyptians, but they were not the only ones who had pyramids. These constructions have always some connection with religion or with a kind of order created by them. Always pyramids are stone constructions, are enormous, and are made to hold something sacred, or something that other people should not see, it’s like some sort of a box, of a container for something. The pyramids meaning or why this type of structure has been chosen isn’t yet very clear for those who study them. 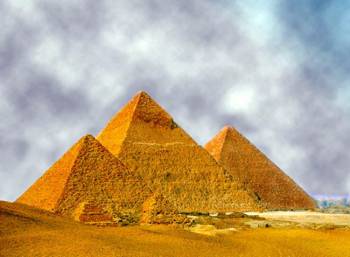 First these giant constructions have caught the attention of man in where, I believe, this mystery was born. These huge constructions were built in many years of hard work, and were meant to be the tomb in which the pharaoh will be buried. The pyramid had an important role: it had to protect the body of the pharaoh, but also to ensure the passing of his soul in the other realm, where he would join Ra. Archaeologists believe that the shape of the pyramid was chosen because this shape resists better in the desert conditions. This may be right because the first tombs for the pharaohs were made of bricks, and had a shape more or less similar to a box, they were called mastabas, and of this tombs there isn’t much left in our days. Some say that the Egyptians found that the shape of the pyramid is a collector of energy, and with that energy the soul of the pharaoh could pass to the other realm. Of course there are many opinions, and ideas, but nobody can say for sure. Maybe we are expecting an interesting answer so we try to invent interesting theories, and the answer could be as simple as the one the archaeologists give. Maybe someone will solve this mystery or maybe it will remain always a mystery.

Another two cultures that built pyramids and considered them to be very important were the Aztecs and the Mayans. These two similar cultures used also these constructions, at a smaller scale than the Egyptians, but at the same importance. The only main thing that is different is that these cultures used the pyramids not only to bury their kings, but also as temples. Here the explanation is, maybe, simpler. The sun and his power attracted these two civilizations. The main god was the Sun God, and it was very important to them to be as near to the sun as possible, so they build these pyramids, and on top there were altars, at which priests worshiped the Sun God. What is strange is that archaeologists found a pyramid built on top of another. In the smaller pyramid they found the truth of what was thought to be   a peaceful culture: proof of human sacrifice in honor of the gods or to calm them. On 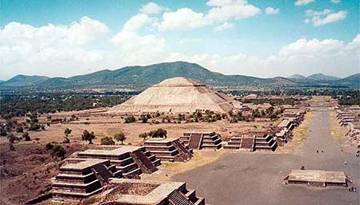 the walls of the smaller pyramid were found pictures describing the ritual of those sacrifices. Another important aspect of the pyramids was that they were used in a giant calendar, which was capable to indicate the month or day of the year. The Aztecs made these calendars by observing the position of the sun at some precise dates. And so their fascination of the sun turned in mathematics, and exact calculation, and the strange thing is that they were right, even now you can precisely tell the day, or the month of year if you know where to look. It is amazing how this civilization, and other ones, succeeded in telling the date, or in making very precise calculations, which now are done with many instruments and complicated formulas. So there is another culture where the pyramid plays an important role. 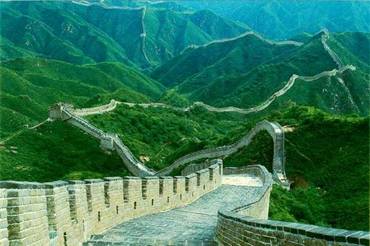 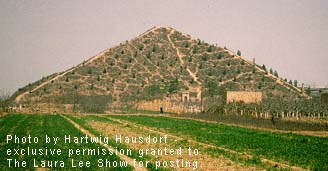 The next culture that I’m going to talk about is the ancient . You would probably say what has got to do with pyramids. Well it has. Even if they aren’t made of stone, we can compare them to those built by the Egyptians. Actually these pyramids are mounds of clay, that were given this shape. Pyramids made of clay, a joke right. Well it isn’t a joke and if you didn’t knew some parts of the Great Chinese Wall are made of clay, because stone is very rare in those parts, the builders had to find a substitute to build the wall, and that was the substitute. Archaeologists even found houses made of clay, and these walls are as strong as a brick wall. It is amazing what the human mind can think and invent, in moments in which the solution seems to be impossible. The ancient Chinese used these pyramids only as tombs for their leaders. There is a legend about a pyramid in, which is buried one of their leaders, and this pyramid should be what tomb robbers dreamed of. It should the filled with treasures and gold. But what is the most interesting thing is that the legend says that the interior of the pyramid is the exact replica of the map of in that time. The ceiling is a model of the night sky, and the stars are made of pearls, the sea is made of mercury, which gives the impression of waves, and everything should be lighted by oil lamps designed to burn forever. Unfortunately this tomb wasn’t found yet and it still remains a legend, or someone found it already and it will stay a legend forever. 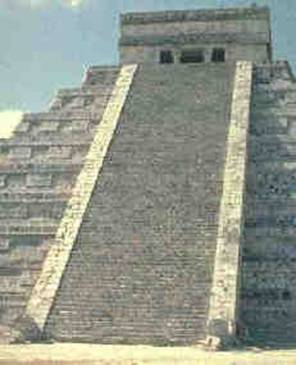 Of course that pyramids appear at other civilizations but I have chosen these three because they are situated a great distance from one to another in space, and there is even a difference in time between them. The first culture developed in Africa, the second in what will be Central America and the third in . We can’t imagine yet how these three civilizations came into contact and exchanged ideas, and even if they did why exchange the idea of building pyramids, why choosing this shape? Let’s say that the Egyptians had to wary about the desert conditions, but that problem wasn’t present at the Aztecs or the Mayans. These civilizations discovered many important things, why not trade those discoveries, why the idea of building a pyramid was so important. And there is yet another thing. It is possible that the Chinese and the Egyptians came into contact, but at the Chinese the idea of building pyramids isn’t so important, it doesn’t dominate the culture, as it has dominated the Aztecs culture, for example. Of course we can’t imagine the Aztecs or the Mayans coming into contact with the Egyptians. Why? Well because of one important aspect: this two cultures were separated by two oceans: The Atlantic Ocean and The Pacific Ocean.

I would like to finish by saying that it is possible that we only imagine that pyramids must have another meaning or that they hide some secrets or some secret power that the ancients used. It could be as simple as a coincidence, but personally I don’t believe this, it would be a too big coincidence, and I like the mystery that is created by these constructions, and the fact that nobody, yet, can fully understand them.